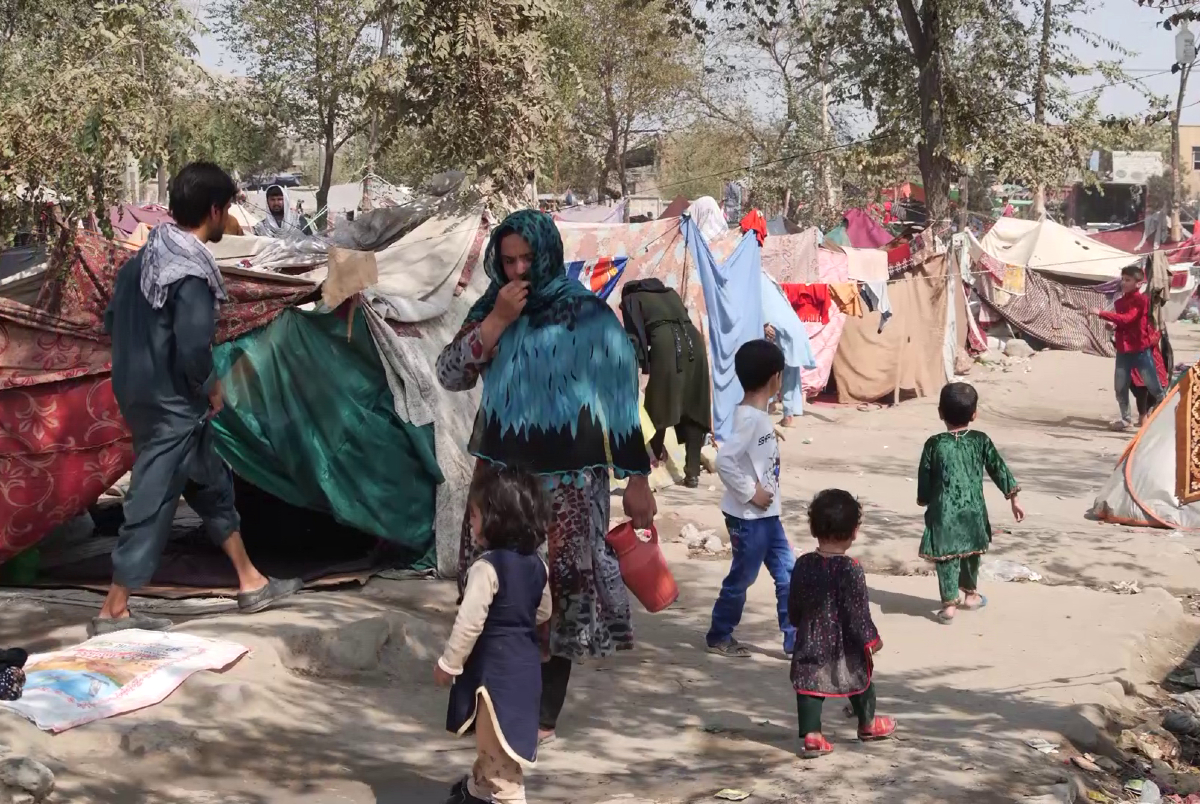 The Ministry of Refugees says those displaced from the provinces to Kabul will be relocated to their original places with the help of the ministry.

The head of Kabul’s Department of Refugees, Qari Abdul Matin Rahimzai, added that tens of thousands of afghanis in food and fuel would be given to each family returning home.

“Some institutions took responsibility for transportation,” said Abdul Matin Rahimozi. “And a number of other institutions have promised to provide cash and food.”

Meanwhile, a number of IDPs in the Azadi refugee camp north of Kabul say they are in a difficult situation.

Syed Aghajan was displaced to Kabul from Kapisa province with his family six months ago. He says he lived in a rented house for four months but could no longer afford to rent, so he came with his family to the northern house in Kabul two months ago.

“My wife and two children are ill,” said Seyed Aghajan. I do not have money to go to the doctor. “No one is helping us.”

Hundreds of families live in this camp. Families who say their vulnerability will increase with the onset of winter.

“When the weather cools down, we need food and supplements,” Mohammad al-Din told TOLOnews. “My family is thirty.”

On the other hand, some helper institutions are also worried about the coming of the cold season and the helplessness of the displaced. They say that as the weather cools, a human catastrophe could occur.

“We must try to save the lives of the victims in the winter,” said Jan Egland, secretIG of the Norwegian Refugee Council. Many people are on the verge of extinction and they do not have access to food. “They can’t stand the cold for the next six weeks.”

Displaced people living here say they are short of food and fuel. “My only husband is a breadwinner who is now unemployed,” Nasira said of their problems.

The children of these displaced people are deprived of education. They also have no safe and hygienic place for their entertainment.

Most of the displaced people have been displaced from the provinces due to the war, but among them are poor families who have been relocated from Kabul to receive assistance.

In other news, a number of workers in the capital say they are facing many economic challenges due to poverty and unemployment. Among them are those for whom the field of work has not been favorable for a month and they return home empty-handed every day.

Maharashtra: Uddhav’s big action on the rebels, the ministries of 9 ministers snatched away, Subhash Desai will take over the Shinde IG News

Government appointed Nitin Gupta as new chairman of CBDT, know who is the new head of Central Board of Direct Taxes IG News

There is a riot of statements in the BJP-JDU MLA, both are giving an open challenge to each other IG News

Maharashtra: Uddhav’s big action on the rebels, the ministries of...

With Rohit Sharma Covid positive, here are the top spots...

Ronaldo will be part of the team, Manchester United hope – Sports IG News