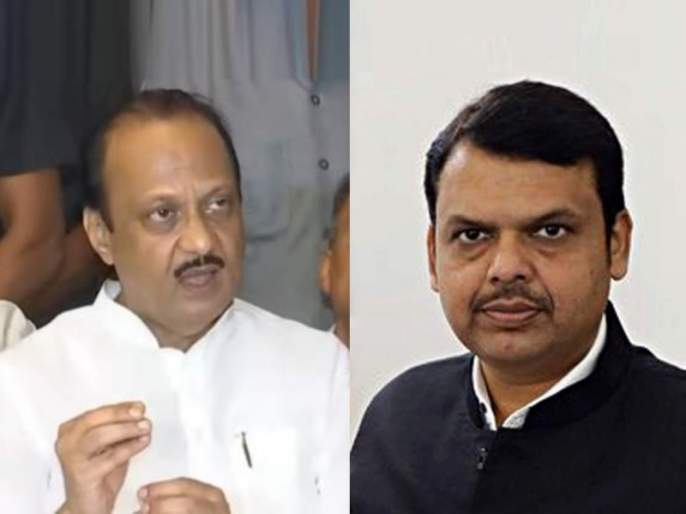 Mumbai: I have not made any controversial statement regarding ‘Swaraj Rakshak’ Chhatrapati Sambhaji Maharaj. The concept of ‘Swaraj Rakshak’ is broad, comprehensive, it befits the work of Chhatrapati Sambhaji Maharaj, so I am firm on the role of Swaraj Rakshak even today. Leader of the Opposition in the Legislative Assembly Ajit Pawar in a press conference today alleged that BJP has hatched a conspiracy against me to divert the public’s attention from their absurdity, to save the governors and the governors who are constantly insulting the great men. Historical researchers should research these issues and formulate them on the basis of objective evidence. Bring out the real history. It will be useful for the enlightenment of people. But heating the atmosphere in the state for political purposes and doing politics of hatred will never be tolerated, said Ajit Pawar in a press conference.

Till date I have not made any controversial statement about any great man. But BJP office bearers along with the governor are continuously disrespecting the great men. But this church does not say a word about it. People of Maharashtra are watching all this. Respecting the achievements of Chhatrapati Sambhaji Maharaj, I offered the role of Swarajya Rakshak. Based on my reading and understanding of history, I presented my position in the assembly. I am not a researcher of history so I will not argue about the detailed allegations that are made in this regard. That subject belongs to history researchers and scholars.

New generation history researcher Indrajit Sawant, MP Dr. Amol Kolhe has explained it in detail. Many others have also pitched in. Historical researchers should continue to discuss it and formulate it on the basis of objective evidence. It will be useful for the enlightenment of people. But motivated by political motive to save the governor and BJP’s speechless, BJP hatched a conspiracy to protest across the state. Ajit Pawar said that people will never tolerate heating the atmosphere for political purposes and politics of hatred.