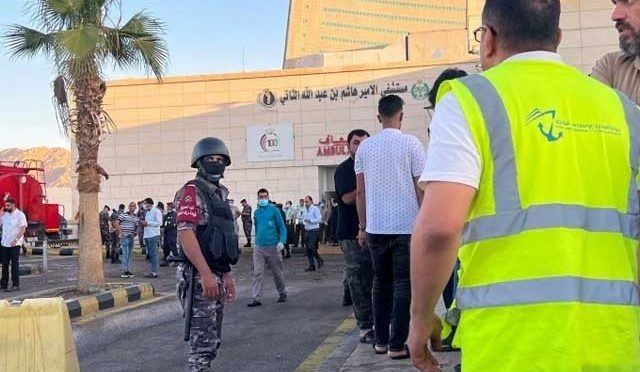 Aqaba: (Web Desk) 10 people were killed and more than two and a half were injured when poisonous gas spread in the coastal city of Jordan.
According to foreign media, the poisonous gas spill occurred in the coastal city of Aqaba in Jordan when a truck full of poisonous gas suddenly overturned.
As soon as the poisonous gas spread, people started fleeing for their lives. Despite this, 10 people lost their lives while 251 civilians were severely affected by the gas.
Security and rescue personnel rushed to the spot as soon as the incident was reported and rushed the injured and dead to the hospital and sealed off the area.
According to the Jordanian broadcaster, some people were sent home after receiving medical treatment, but 199 victims are still being treated in hospital in critical condition.
The health department has asked citizens to stay indoors and keep windows and doors closed, local media said, adding that the nearest residential area to the accident site is also 25 km away.

Child taken to hospital after being hit by vehicle in Toronto: Police – Toronto IG News