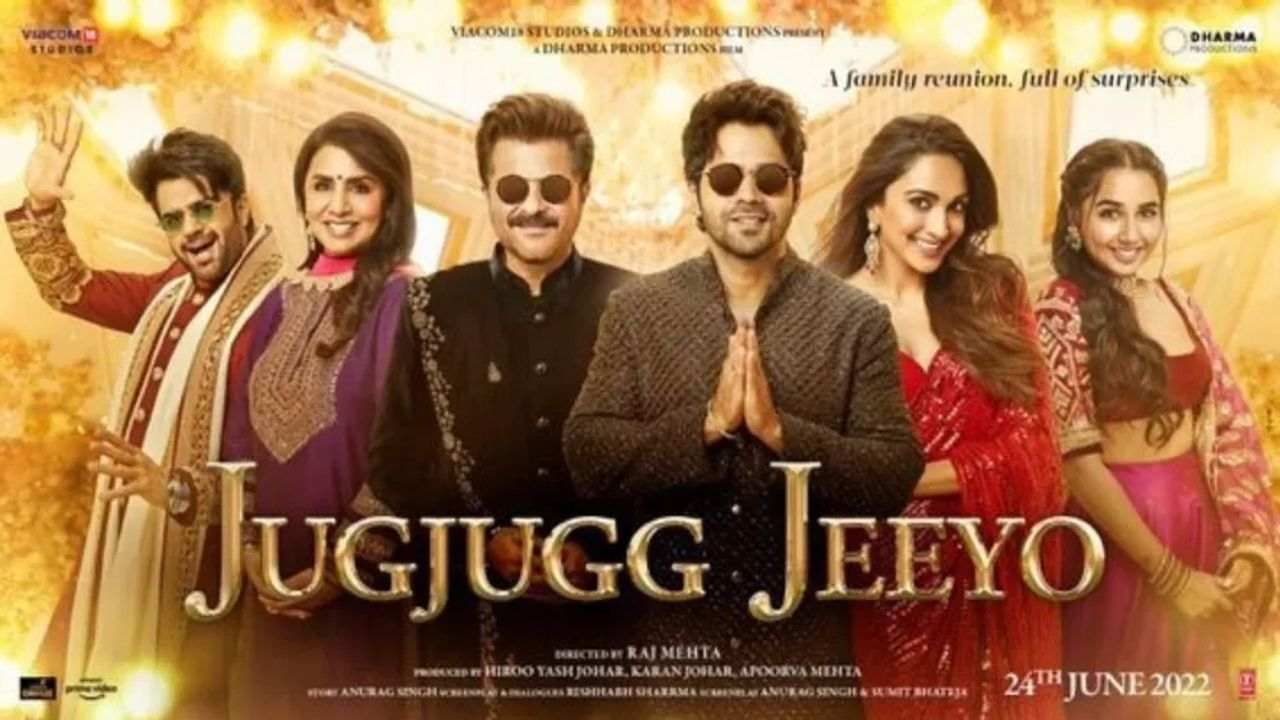 Jug Jugg Jeeyo is a comedy-drama film that makes you laugh as well as emotional. The story of the film moves between the realities of life.

Film Jug Jugg Jeeyo Review: The movie ‘Jug Jug Jio’ is going to be released on the big screen on Friday, June 24. Bollywood actor Varun Dhawan, who won the hearts of the audience with his powerful performance in this film (Varun Dhawan) Also in the cast are actress Kiara Advani, Anil Kapoor, Neetu Kapoor, Manish Paul and Prajakta Koli. The film ‘Jug Jug Jiyo’ is directed by Raj Mehta. Let me tell you that ‘Jug Jug Jio’ is produced by Dharma Productions and Voycom 18 Studios. The movie ‘Jug Jug Jiyo’ is a comedy drama film. Which will make you laugh a lot but also make you emotional.

What is the story of the film?

The film ‘Jug Jug Jio’ is based on a test of three family marriages. Two marriages have taken place and a third is about to take place. The film shows how the two marriages in the house are breaking up amid preparations for a third marriage. The story of the film is quite clear that there is a normal family. Where parents, son, wife and daughter are all there. Son Kuku (Varun Dhawan) has been in love with Naina (Kiara Advani) since childhood and marries her when he grows up. Both go to Canada. When the relationship started to deteriorate after 5 years of marriage, the two decided to divorce. But they will have to wait until the sister’s wedding. Meanwhile, the son finds out that Papa (Anil Kapoor) is going to divorce his wife (Neetu Kapoor). The story of the film moves between the realities of life.

There are tremendous emotions in the movie

Along with comedy, the film also has a strong mix of emotions. This movie will make you emotional after the second half. Will make you cry till the end of the film. Some of the scenes in the film are stunning. The film is about a relationship that must have happened in your life. If you are in such a relationship, you too will definitely experience the relationship after watching this movie.

How is the acting in the film?

Speaking of acting in the film, Varun Dhawan has done a great job as per his character. At the same time, Neetu Kapoor has also made a good comeback in films. Anil Kapoor has played this role in such a way that sometimes his character gets angry and sometimes love. Manish Paul is looking wonderful here. He is seen punching even in severe situations. Prajakta Kohli, who has appeared in films from the world of YouTube, has done a marvelous job according to her screen time. Director Raj Mehta has given everyone as much screen time as they deserve according to their character.