Jumblatt “balances” and elevates the preservation of existence 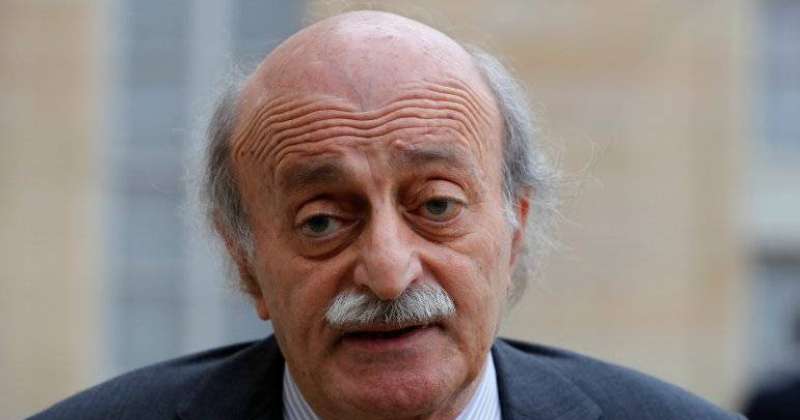 – The leader of the “socialist” is obsessed with protecting the Druze-Christian reconciliation on the mountain, so he distances himself from major confrontations
Jumblatt, who is keen to round corners and contain tensions, his priority is to cross the big collision with… the least losses.
– His “historic” relationship with President Berri did not prevent him from calling for “lifting immunities” and the unpopularity of raising support did not prevent him from insisting on it.

The head of the Progressive Socialist Party, Walid Jumblatt, seemed at last determined to impose his own rhythm in the approach of the “cold wars” that are currently controlling Lebanon. In the light of massive and unprecedented financial, economic and social crises, dependent on political rams, local with regional-international dimensions, on various fronts, he sought to distinguish his positions and not go in the direction of fully siding with one group over another, as if he were prioritizing over others in order to pass what looks like a great “flood.” .

Jumblatt’s core positions, both internally and strategically, are well-known in their political aspect, and he does not need to announce them every time the conflict rages. He knows when to turn corners and seek to withdraw tension at dangerous junctions, just as is the case with the many slips that are subject to their effects. It is not in passing that he recently tweeted on Twitter, “If any attack occurred against me or a member of my family, I know in advance who I am dealing with, and who is accused … an open letter.” 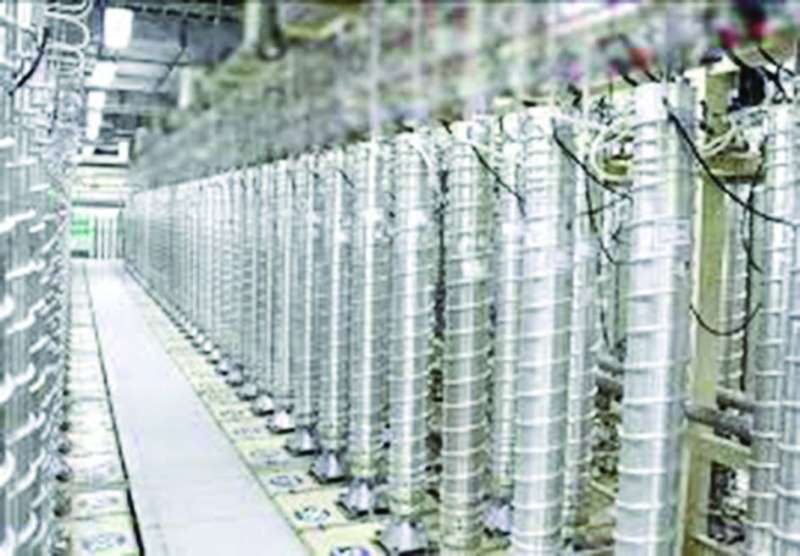 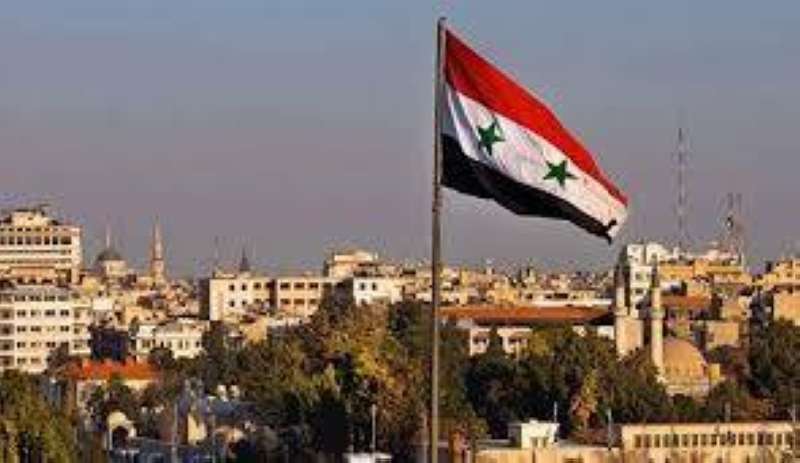 Jumblatt, who, with the high tension in the country, loses his friends on the path of political rams, understandings or rounding corners, still clings to the friendship of the person most familiar with him, Parliament Speaker Nabih Berri. Few of the people of the period of war and peace remain with him “on the sweet and the bitter”, while the days when countries had exclusive representatives are over. Britain builds bridges of its relations with loyal and opposition forces, France communicates with allies and opponents, and the United States has a sufficient army of friends, as well as The Arab countries, Moscow and China, amid the conviction that the Gulf states are closer to distancing themselves from Lebanon because they believe that it is on the other side.

Jumblatt and Berri We built the political path in the eighties of the last century and thereafter, from the “National Front” and the “Tripartite Agreement” to Taif… and beyond. They did not cut bridges of communication at the height of the “Cedar Revolution” uprising and the high-ceilinged positions of the socialist leader against Syria. Today, since the presidential settlement (2016), they share their rivalry with the rule of President Michel Aoun, but at different paces.

Berri and Aoun, and behind him his Free Patriotic Movement, are like two parallel lines that only meet for a memorial photo. As for Jumblatt, he is in a permanent state of disagreement with Aoun’s rule, but he does not cut the rope of communication, under various levels due to the situation of Christians on the mountain, reconciliation with Bkerke (the Maronite Patriarchate), or the effects and obligations of the election law, in addition to the concern about the need for a security calm and not to stress the mountain. . Every time disputes escalate between him and Aoun and his movement, he finds a way or a mediator to contain the situation and visit the presidential palace in Baabda, and pour cold water in a way that allows the disputes to be withdrawn from the front. From here, Jumblatt did not finally enter the campaign to overthrow the President of the Republic. His position was remarkable, and he had previously said that he was no longer demanding Aoun’s resignation, because there was not much left for the latter and he did not want to cause any sensitivities, calling on the Christian forces to take over this matter.

Jumblatt did not participate in the sporadic and gradual political campaign to overthrow Aoun, and his position is controlled by the Christian obsession that has been controlling him since the Mountain War (between the Druze and Maronites 1983). Despite the historical reconciliation with Bkerki under the patronage of Patriarch Cardinal Marnasrallah Boutros Sfeir, he – that is Jumblatt – has always mentioned that Sfeir refused to bring down President Emile Lahoud in the street in the 2005 stage. He also knows that the depth of Bkerki’s current positions is not to prejudice the position of the President of the Republic, regardless of his mistakes. Hence, not to overthrow Aoun or push him to resign. Jumblatt is still exalted in everything he says, the reconciliation of the mountain and its preservation and preservation.

In Mukhtara, where the historic Jumblatt Palace is, is an ancient church, in the name of Our Lady of Durr, built by Bashir Jumblatt in the year 1820 in consolidation of an old relationship with the Maronite Patriarchate. In a recent book by Father Eid Bu Rashid entitled “The Church of the Chosen One between the Chair and the Administration,” published by Dar Saer al-Mashreq, Jumblatt stated that “the old conflict is over,” but he stressed in return that “the process of reconciliation needs constant attention to provide stability in every aspect.” Lebanon and the mountain in particular.

The Druze leader wants to neutralize the mountain from any conflict with the Christians. And the two parties – the Christians and the Druze – seem today the weakest in the internal and regional equation, and he previously described them as “red Indians” who are threatened with extinction. Jumblatt’s Druze regional extension has suffered several setbacks since the Syrian war. In addition, he seems convinced that the situation of the two groups is heading more and more towards deterioration, especially in light of economic hardship, which, since its outbreak, has sensed the seriousness of its effects on the Druze community in a mountainous region that has no life requirements except for aid at the present time. Its organs have mobilized since the beginning of the crisis to tighten the nerve of the diaspora to secure the necessIG life requirements, to the extent that it finally demanded a fair distribution of the aid that reaches Lebanon.

At the same time, Jumblatt wants from the outside, especially if the parliamentIG elections (in May 2002) were held without amending the electoral law, to do what is necessIG in order to guarantee the share of his parliamentIG bloc and not to proceed with the provocations of any party currently in the Chouf and Aley.

It was not fleeting what the leader of the “Socialist” did during the assignment of Prime Minister Saad Hariri to form the government of initiatives that did not lead to any result, which provoked Hariri, and he himself said that “no one can stand him” after his call for a settlement.

In depth, Jumblatt’s concern is deeper than just Aoun’s resignation or the formation of the government, as he is concerned about the severity of the economic and living crisis, which has become more severe and greater than any solution that any government can undertake. When he finally called for the lifting of subsidies and supported the decision of the Governor of the Banque du Liban, Riad Salameh, he was aiming at two things, the first is the smuggling of fuel to Syria and the second is to confirm the approval of all political forces, without exception, on the decision to lift the subsidy, as Salameh himself confirmed, in contrast to the reaction of the head of the “National Current” Al-Hur» Gibran Bassil, who tried to evade the decision. The head of the “Progressive” did not hide his position calling for the necessity of lifting subsidies and stopping smuggling to Syria on the grounds that the price difference makes it profitable for smuggling networks. Although lifting the subsidy is an unpopular decision, Jumblatt was the most explicit in his demand, unlike the political forces that lobbied behind the Banque du Liban, and they are aware that it is inevitable, despite its bad repercussions on the Lebanese.

The same position was taken by Jumblatt in the file of raising immunities in the case of the Beirut port explosion. His relationship with Berri did not affect his bias from the first moment to an international investigation and to drop immunities, in contrast to what Prime Minister Saad Hariri did, who tried to go along with Berri, and participated in signing the parliamentIG petition that was dealt with as a circumvention to lift immunities, even if he called for International investigation. Here lies Jumblatt’s advantage in critical political and security situations and his daring to take remarkable steps, perhaps beyond expectations. The same thing was repeated in the Shwaya incident, in which Jumblatt’s supporters were behind the encirclement of a “Hezbollah” car whose operatives fired rockets at Israel, and in the Khaldeh incident and the fall of “Hezbollah” elements in a most dangerous incident between the party and Arab tribes against the background of a revenge operation.

Jumblatt, aware of the danger of any security tension on the ground with Hezbollah, especially since May 7, 2008 (Hezbollah’s militIG operation in Beirut and the Mountain), directs his messages with well-thought-out codes, but at the moment of confrontation he withdraws any pretext from which it is understood that he is preparing for unexpected confrontations. calculated.

Jumblatt knows that neither the time nor the place is appropriate today to wage internal battles in which any party is singled out, especially as he looks around him and does not find political forces capable of cohesion and standing in the face of the coming storms, as was the case in 2005. He who does not like the “Lebanese Forces” is forced to Dealing with it politically, especially in the mountain, but it has flaws on its performance, and vice versa. Al-Mustaqbal is in an unenviable situation, which makes his relationship with Hariri sometimes take the form of intense tension, only to return to slow steps in normalization in the best way.

Jumblatt’s permanent obsession, survival. It may be for this reason that he extends his networks of communication with everyone, to the point of agreeing to all arrangements for reconciliation with MP Talal Arslan, at a time when the succession of his son Timor is still gradual in knowledge of the land, the mountain and the region. His main fear is that the mountain will not be able to withstand amid the entanglements and tensions surrounding it and the population density that surrounds it and may make it isolated.