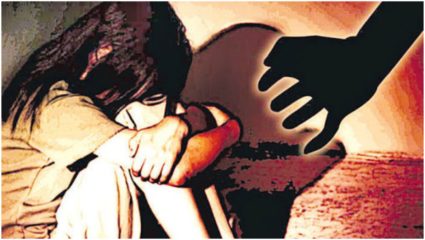 Karnataka : The cases of rape and love jihad are increasing day by day across the country. Some such incidents related to this come to the fore every day. Knowing and listening to which the soul trembles. A very shocking case of rape and love jihad has come to light from Karnataka. Where a married Muslim youth raped a minor Hindu girl by trapping her in his love trap. Also forced him to accept Islam.

Actually, this matter is related to Mandya district of Karnataka. Where a 25-year-old married man named Yunus Pasha allegedly raped a 13-year-old minor girl. His activities did not stop here but he also took nude photographs of the girl. After which he asked the minor to convert to Islam and on doing so, promised marriage.

Significantly, the family members of the girl have lodged a complaint in the police station. It has been said in the complaint that the Muslim youth had come to her house on 11 November. Where he raped the girl and asked her to convert to Islam. Not only this, he asked the girl and her family not to tell anyone about the incident and also threatened to kill her if she did.

After which now the police has taken a big action in this matter. The police have arrested the accused by registering a case under the new Anti-Conversion Act and POCSO.

“No language means we have no values” – Dr. Dhravjyoti Bara IG News

Jallikattu: What is in the affidavit filed by the Tamil Nadu government in the Supreme Court? IG News