Kate Beckinsale pranks her daughter with a saucy shot of Madonna 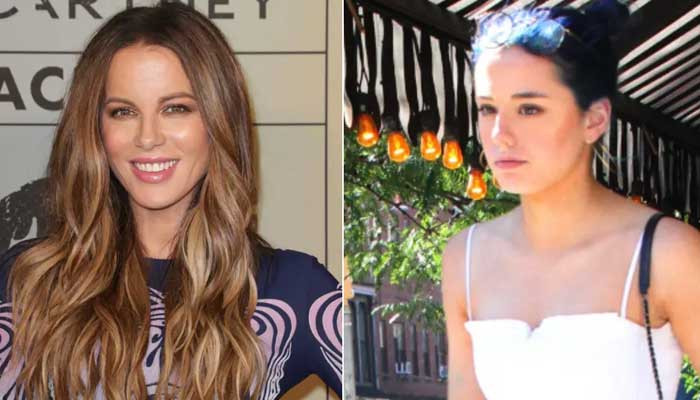 Kate Beckinsale pranks her daughter with a saucy shot of Madonna

Actress and model Kate Beckinsale left her daughter lily in shock as she forwarded a particularly saucy shot of the Queen of Pop peering under the bed  and claimed it was her own.

The  Underworld star  pranked Lily  by pretending that a racy image posted of Madonna’s bottom was actually her own.

The Queen of Pop Madonna recently posted a series of her risqué images posing on a bed in short and fishnets that somehow, attracted Beckinsale as she forwarded it to her daughter to know about her reaction.

Kate shared on Instagram, with the caption: “@lily_sheen had a fright.” She sent the snap to Lily and asked: “Do you it’s too much that I posted this? looks good.”

Her 22-year-old replied: “I’m a little confused I must say. I do think it’s a little much but it’s also very arty.”

Lily’s mom then spilled the beans, and wrote: “Lol it’s Madonna. Like I’d ever.”

Kate Beckinsale was not believing that her daughter would not recognise her as she responded: “I can’t believe you don’t recognise your own mother.”

Lily admitted she was “so relieved” that her mother had not actually shared snap of her bottom. Beckinsale’s daughter added that she was crying “tears of happiness”.

Facebook
Twitter
Pinterest
WhatsApp
Email
Previous articleIn France, women will now be able to file a complaint of violence without going to the police station
Next articleAmbassador Al-Sulaiman: France is an ideal destination for Kuwaiti investments
- Advertisment -