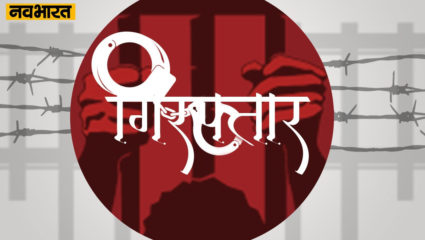 Nashik : The desire for quick wealth is driving the youth towards crime. In fifteen days, three gangs smuggling leopard skin from the district have been arrested. A shocking fact has come to the fore that college students are involved in these crimes. A youth, including two students, has been taken on remand till Monday (26). While the search for the other two accomplices is on.

Pankaj Garg, Conservator of Forests, Nashik West, has given orders to crack down on wildlife smuggling. Under this, on Tuesday evening, the team of Nashik arrested three people from College Road area after Igatpuri. Two of these three are college students. With the identification of the third suspect, they have found leopard skin and horns of chinkara, nilgai, their preliminary investigation has revealed a smuggling racket. Although the father of one of these three is a watchman in the forest office, it is being speculated that the suspects stole the skins and horns from the information of wildlife and other media, so it is not known that the suspects killed the leopard. From whom did you buy the skin? Preliminary investigation has revealed that the smugglers adopted this route only to earn quick money.

Many people try to sell skins

One of the three suspects arrested is 27 years old. While the other two are 20 years old. One of whom is believed to be the nephew of a policeman. The father of the 27-year-old suspect is a watchman in an office of the forest department. This has increased the gravity of the crime and the forest team is trying to uncover clues from the investigation within the department. Suspicious chatting has been found from the mobiles of all three. According to the investigation, he has tried to sell skins to many people in six months. – (Vivek Bhadane, Forest Range Officer).