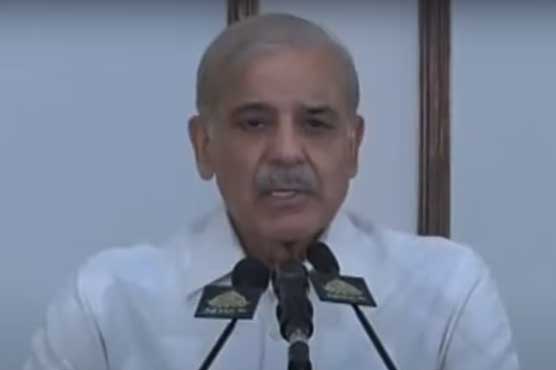 ISLAMABAD: Prime Minister Shahbaz Sharif has expressed concern that load shedding will increase in July. He saved Pakistan from going bankrupt.
Addressing the National Assembly members of PML-N and allied parties, the Prime Minister said that the people are facing inflation, programs related to solar energy will be brought soon, for the first time in history, rich people have been taxed. Wealthy people are expected to collect more than Rs 200 billion. Wealthy people should come forward with the spirit of sacrifice. The people were given relief under the Benazir Income Support Program.
He said that Quaid-e-Azam Muhammad Ali Jinnah wanted to see Pakistan as a prosperous state. He said that change and new Pakistanis have not taken any such steps. The previous government had brought Pakistan to the brink of bankruptcy. Today, Pakistan has escaped bankruptcy. In consultation with the coalition leadership, it has saved Pakistan from bankruptcy. An agreement with the IMF will be reached soon.
Shahbaz Sharif said that a telephone call has been made with the President of Indonesia, the crisis of edible oil was coming, Pakistan survived it, the previous government was getting gas for ڈالر 3 but did not buy it, coal has become very expensive in the world, coal Billions of dollars are being spent on the import of coal, had been planning in the last three weeks, the Federal Minister of Defense Khawaja Asif had formed a committee to bring coal from Afghanistan, Khawaja Asif worked hard in this regard, from Afghanistan to South Africa. You will get quality coal, when you were wrestling with the IMF, at the same time you were wrestling with coal, gradually coal came from Afghanistan and you will save ارب 2 billion annually. Afghanistan’s coal will generate cheap electricity. Trying for three weeks, Allah showed the way to bring coal from Afghanistan.
The Prime Minister said that oil and gas prices have risen significantly all over the world, gas is scarce at the moment due to the Russia-Ukraine war, the difficulties are many, we will definitely get out of these difficulties, the previous government three dollars. Was getting gas but did not buy it. The previous government was less rational and did not take advantage of cheap gas.
He said that they are paying full attention to increase the production of cotton and wheat, it will take time to solve the problems and move towards prosperity, no fraction is being left, no doubt these problems will be solved. Challenges will come but we will move forward with strength of will, increase trade with friendly countries and the era of Kashkul will end, Pakistan Kawallah did not create to raise Kashkul, new blood will come, write Pakistan’s destiny will change, our coalition government needs change Will bring

Child taken to hospital after being hit by vehicle in Toronto: Police – Toronto IG News