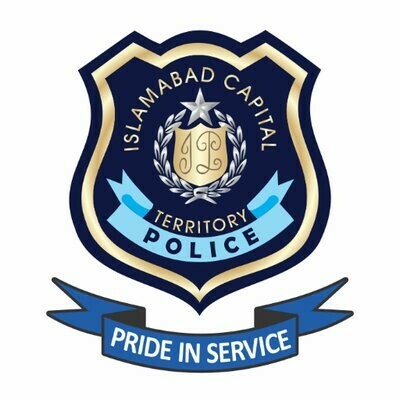 The law enforcement agency said in a tweet that PTI received a no-objection certificate for the peaceful rally from Koral to Rawat.

It added, “blocking of roads in no manner shall be allowed and public and private property should not be damaged.” “The Islamabad Capital Police will issue a regular traffic plan for the rally.”

The police told the protesters that sloganeering and speech against the state, religion, ideology of Pakistan would not be allowed.

Govt wants to remove me as I will not stop exposing its corrupt activities: Imran Khan

It said that action will be taken against carrying weapons, arms and sticks in the rally.

“Legal action will be taken for violation of terms.” Said this.

“The district administration issued regular NOC and added 35 conditions to ensure that the protest remains peaceful,” it said. Permission has been given only for the route from Coral Chowk to Rawat.

The Islamabad Police also highlighted that Section 144 will remain in force in the Red Zone and other areas.

PTI leader Fawad Chaudhry said that Pakistan Tehreek-e-Insaf (PTI) chairman Imran Khan is ready to announce the date of his return to the Long March and will appeal to the people today and urge them to reach Rawalpindi.

PTI also obtained a No Objection Certificate (NOC) to hold the rally from Koral Chowk to Rawat. According to today newsThe government has placed 35 conditions in the NOC.

The former PM insisted, “This is a defining moment for Pakistan and we can change the country at this point.”

He also said that the doctors would give their opinion on Saturday as to when he would be fit to join his party’s long march. After that he will announce the exact date that he will once again participate in the protest.

Dinesh Karthik on Shikhar Dhawan | Who is the ‘Gun Player’ of the Indian cricket team, know Dinesh Karthik’s big statement about this...

Suffering from knee pain? You will get good benefits by doing some special exercises IG News

WOW: Sister became a police officer, brothers walked around the village on their shoulders IG News