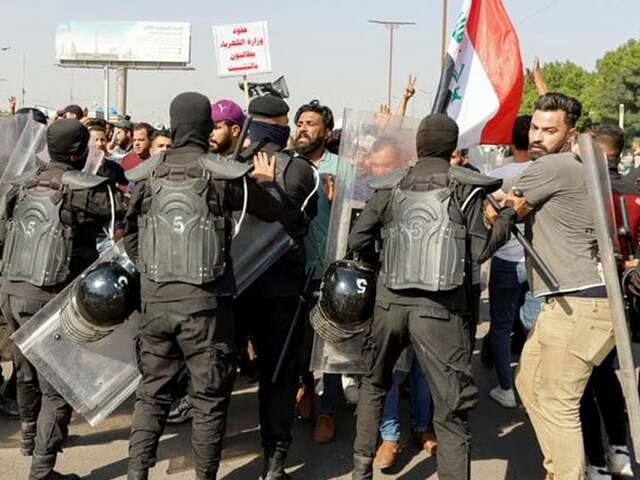 The pre-dawn attack targeted the desert outpost near Kirkuk, where remnants of the Islamic State group are active, as well as Kurdistan Workers’ Party (PKK) rebels fighting an insurgency against Turkey, the source said.

Both Baghdad’s military and Iraq’s autonomous Kurdistan region claim the area where the attack took place.

The source said Iraqi Kurdish fighters were stationed about a kilometer (less than a mile) from the post that was attacked.

No one has claimed responsibility for the attack.

The PKK has maintained a deadly insurgency fighting for Kurdish self-rule in southeastern Turkey since the 1980s, and maintains rear bases in Iraq.

In early November, a Turkish drone strike in northern Iraq killed at least one PKK member, Iraqi Kurdistan officials announced at the time.

In addition, neighboring Iran, rocked by two months of anti-regime protests, accused Kurdish-Iranian opposition groups based in northern Iraq of inciting the “riots”.

Iraqi Kurdistan hosts several Iranian Kurdish opposition groups, which have in the past waged armed insurgencies against Tehran.

Their activity has decreased in recent years, but a wave of protests in Iran has raised tensions.

On Monday, Iran launched cross-border missile and drone attacks that killed at least one person, according to local officials.

Iran also carried out attacks in late September that killed more than a dozen people. In the same region of Iraq, cells of the jihadist Islamic State group have continued sporadic attacks against Iraqi soldiers and police, especially in desert and mountainous areas.