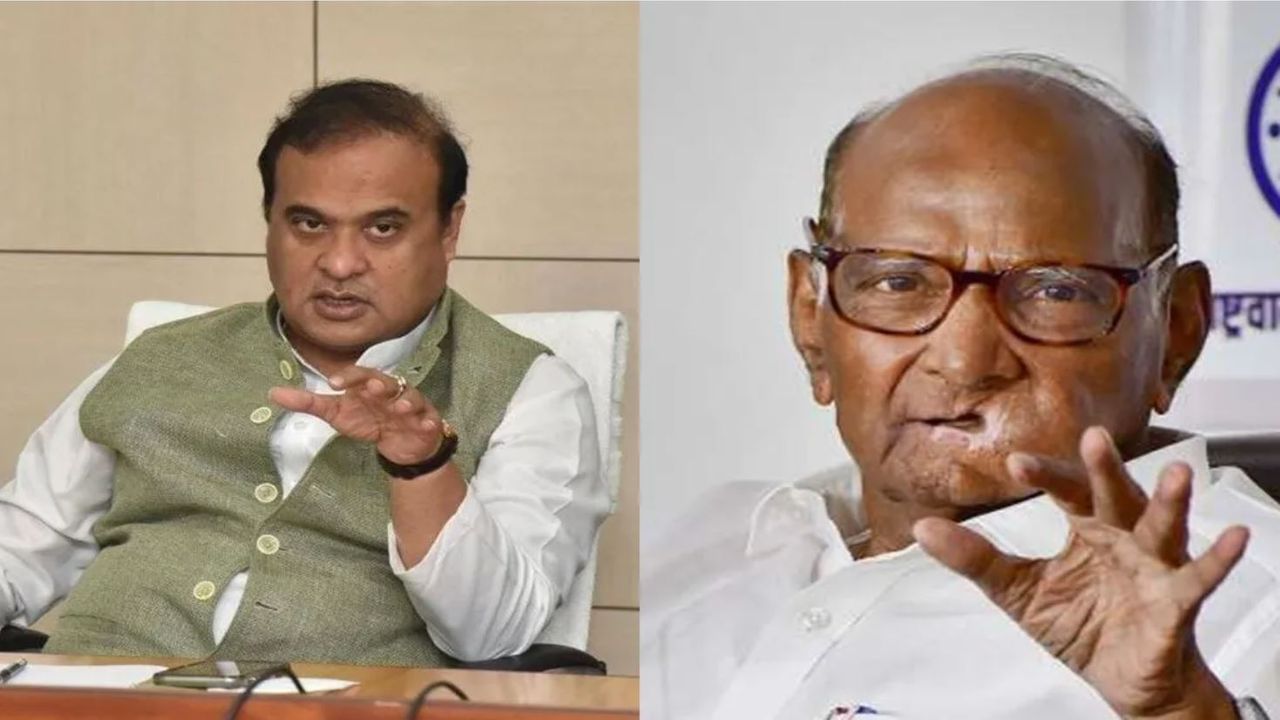 Maharashtra Political Crisis: Sharad Pawar on Thursday targeted the BJP and Assam CM (Himanta Biswa Sarma) government in the case of rebel MLAs. The NCP chief said the Assam government was helping him. I don’t want to name anyone further.

Maharashtra Political Crisis: Assam Chief Minister Himanta Biswa Sarma (Assam CM Himanta Biswa Sarma)NCP chief Sharad Pawar’s statement has been sharply criticized. CM Sarma said, ‘There are many good hotels in Assam, anyone can stay. “I do not know,” he added (Maharashtra)Whether the MLAs are in Assam or not. Let it be known that Sharad Pawar (Sharad Pawar)On Thursday, the BJP and Assam’s Sarma government were targeted in the case of rebel MLAs. He said that everyone knows how the rebel MLAs were taken first to Gujarat and then to Assam. We don’t want to name the people who helped him. The NCP chief said the Assam government was helping him. I don’t want to name anyone else.

NCP chief Sharad Pawar said the future of the Maha Vikas Aghadi government (MVA) in Maharashtra would be decided in the assembly and the Shiv Sena-NCP-Congress alliance would prove a majority in the confidence vote. Addressing the media amid the political turmoil caused by the mutiny of Shiv Sena government minister Eknath Shinde and some Shiv Sena MLAs, Pawar also said that the BJP had a role to play in the crisis faced by the Uddhav Thackeray-led government. “The future of the MVA government will be decided in the assembly and not in Guwahati (where the rebels are camping),” Pawar said. MVA will prove its majority on the floor of the house.

Rebel MLAs have to return to Mumbai: Pawar

The former Union Minister said that the rebel MLAs would have to return to Mumbai and face the Legislative Assembly. He said that BJP leaders from Gujarat and Assam would not come here to guide him. Pawar also denied allegations by rebel Shiv Sena MLAs that they had difficulty in securing funding for their constituencies as the finance ministry was controlled by NCP’s Ajit Pawar and he had discriminated against them.

MLAs went to other states and the police did not even pay attention: Ajit Pawar

On the other hand, Maharashtra Deputy Chief Minister and NCP leader Ajit Pawar has said that Shiv Sena MLAs have gone to other states and even the police have not paid attention. This is a complete failure of the intellect.

The Taliban demanded the restoration of frozen assets IG News

Major action on many bases of Naxalites in Aurangabad, many deadly weapons including two German grenade launchers recovered IG News

Bihar man married 12 times him self unmarried every time

There is no pothole in Pm modi travelled road said...

Man sets fire to former house on Boxing Day and...

The Meteorological Department released details of the weather situation across...

Risk of accident in every fourth school bus: 37 out...

Yashwant Sinha files nomination papers for Presidential elections in the...

How the cooperative movement has shaped states and influenced power...

The village of presidential candidate Draupadi Murmu currently has electricity ...

What do you say, ban on ‘Panipuri’ !, decision in Kathmandu, find out the...

Is OBS being removed from the post of AIADMK treasurer? IG News

In any case, looters have to be defeated in by-elections: Imran Khan IG News

Dhemaji tops in Arts, Majuli in Commerce and Baxa in Science IG News