Maharashtra News | These government schools will be closed in Maharashtra, instructions for review IG News 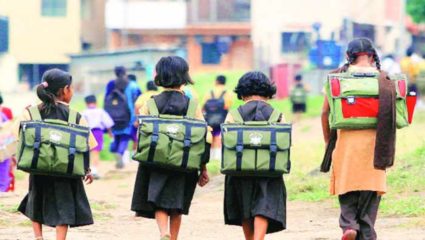 Mumbai: These government schools can be closed in Maharashtra, where the number of students is less than 20. There are plans to accommodate these students in nearby schools. According to sources, the School Education Department has given important instructions to the State Education Commissioner, Director of Education in this regard. Under this, it has been asked to review the number of schools with zero to 20 students in the state.

However, the decision is likely to be met with massive protests by teachers and parents in rural areas. In the year 2017 also, during the BJP-Shiv Sena coalition government in the state, a decision was taken to close 3,314 schools with 0 to 20 students.

Even during the Mahavikas Aghadi government, instructions were given to close a small number of schools. However, teachers and parents in rural areas still strongly opposed the government’s decision. After this the matter went into cold storage. However, now after the new government comes once again, the Education Department has started reviewing it.

Know what is the criteria?

According to the decision of the Education Department, the school should be located at a distance of one kilometer for classes I to V and three kilometers for classes VI to VIII. Now it has to be seen whether the schools with less number of students will be closed or there will be opposition to this decision.