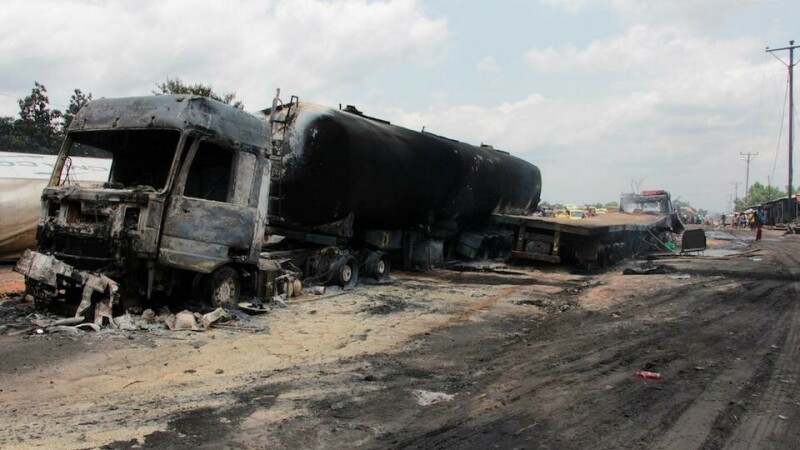 On the Sukkur Multan Motorway near Jalalpur Pirwala Interchange, 20 people were killed and several others were injured in a collision between an oil tanker and a passenger bus.

According to the rescue teams, the passenger bus was going from Lahore to Karachi when it collided with an oil tanker coming from the opposite direction. After the accident, the bus and the oil tanker caught fire, causing more casualties.

Twenty passengers were burnt to death on the spot. While six seriously injured have been transferred to Multan’s Nishtar Hospital. As soon as the accident was reported, emergency was imposed at Nishtar Hospital and Jalalpur medical centers.

According to hospital sources, the condition of the three injured in the accident is critical and 80% of their bodies have been burnt.

Spokesperson of the Motorway Police says that officials and officers immediately reached the spot as soon as the incident was reported. He also said that 9 passengers were safely evacuated from the burning bus, while the fire brigade personnel also reached the spot immediately, through which the fire was brought under control. The rescue operation lasted for 4 hours.

Hospital sources regarding the deceased say that the bodies are badly burnt, which makes identification impossible. A DNA test will be conducted to identify the bodies.