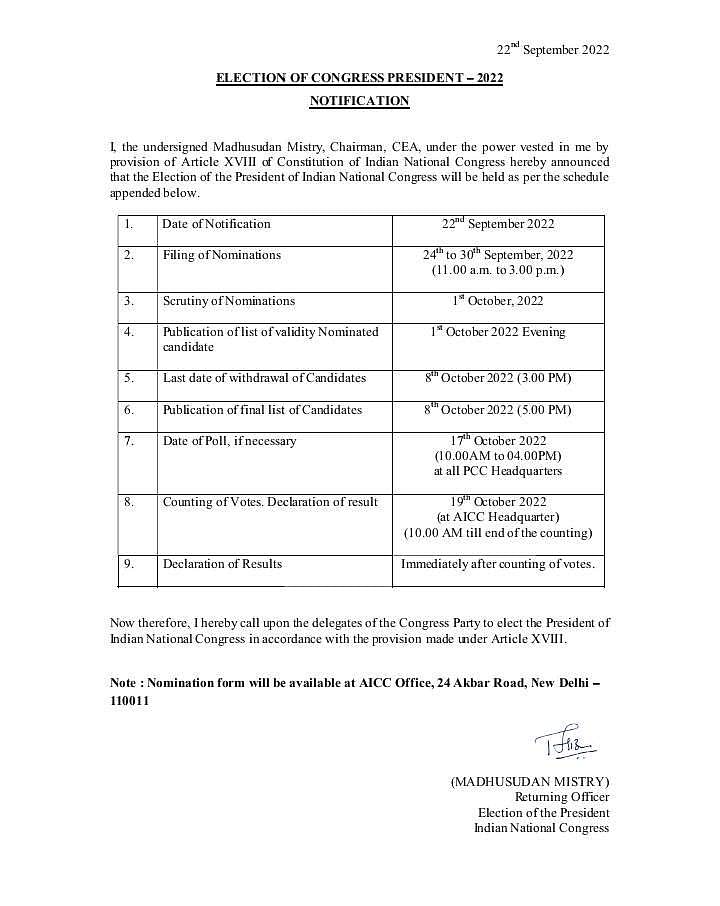 After Rahul Gandhi, who was the leader of the Congress party, stepped down after taking responsibility for the defeat in the last 2019 parliamentary elections, Sonia Gandhi took over as the interim leader of the party.

In this situation, the election to choose the leader of the party is going to be held on October 17. It will be held on the day from 10 am to 4 pm at all Congress headquarters.

Filing of nominations for this will start today (September 24). Sep. Nominations can be filed till 30th.

The party has announced that the counting of votes will be held on October 19 and the results will be announced on the same day.

Rajasthan Chief Minister Ashok Khelat has announced that he will contest for the post of Congress president.

It seems that Shashi Tharoor, Ashok Khelat and Digvijay Singh are contesting the Congress president election.