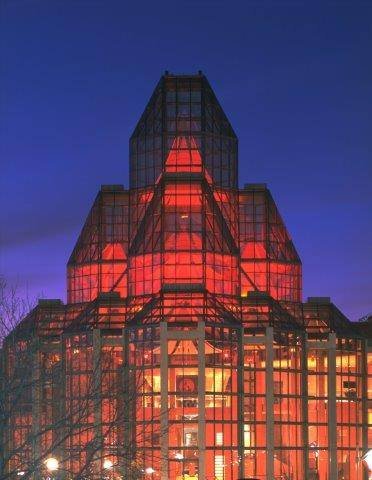 Bailey summarized his approach to running art museums after becoming director of the Fine Arts Museums of San Francisco in 2013: “I just want to allow curatorial excellence to flow free.”

These days the National Gallery seems to lack the ability to run freely as many of the talented curators who would normally be acquiring art and staging exhibitions have been fired or transferred to other positions . Art no longer seems to be the main concern of the gallery.

Instead, the top priority now appears to be a new layer of top-level bureaucrats appointed by former gallery director Sasha Suda. This means there are more managers to intervene in curatorial operations, which seems to have been the reason for the recent forced departure of Greg Hill, the gallery’s chief curator of Indigenous art.

Angela Cassie, as interim gallery director and chief executive officer, told staff last week: “Individuals or departments may not have the full autonomy they may have had in the past.”

The departments of Contemporary Art, Indigenous Art and European Art lack senior curators to lead them. Specialists are also missing in other branches of those departments, including Historical Canadian Art and Canadian Prints and Drawings.

Suda has since become head of the Philadelphia Museum of Art, but remains the new senior manager dealing with anti-racism, decolonization and indoctrination. These managers earn above and beyond the deputy director and chief curator and above the curatorial staff and are a relatively new position that duplicates many of the duties of the chief curator, director of curatorial initiatives.

Documents obtained by Gallery West outlining the requirements and duties of some of these new managers suggest that those hired must have a background in the social sciences or Indigenous studies. Education in art history or experience in the art world are not stated as requirements, yet these managers are expected to help shape the decisions made by curators to produce exhibitions. Even though knowledge of the arts was not a requirement, both Steven Loft, Vice President of Indigenous Methods and Decolonization, and Michelle Lavelli, Director of Indigenous Methods and Decolonization, have experience in curating exhibitions and arts administration.

The “job objectives” of the scaffolding position include “providing strategic direction and leadership to the gallery to ensure collections, exhibitions, education and programs are accessible to Indigenous communities and influenced by Indigenous knowledge and practice.”

The documents also show that LaVallee, similarly, must ensure that “collections, exhibitions, education and programs are accessible to Indigenous communities and influenced by Indigenous knowledge and practice.”

“The message that has been delivered to Canadian and international audiences in recent years is, sadly, not to celebrate art, the gallery’s collection and its artists, without which there is no national gallery of Canada,” the letter said.

Rodriguez has made it known that he believes that the gallery’s board of directors, not the government, should take the necessary action to fix the gallery’s problems. But board president François Lyon has toldglobe and mailShe has “full faith” in Cassie and her management team.

Hill’s dismissal came on the same day that Kitty Scott, deputy director and chief curator, was released along with Dennis Siele, head of communications. It was hard to miss the irony of an institution that was allegedly anti-racist and prioritizing indigenization, cutting loose Hill, the only Indigenous person to head a curatorial department, and the only Black manager aside from Cassie Ciel.

Hints at the gallery’s future path began around the same time Suda moved to Ottawa in 2020 from the Art Gallery of Ontario in Toronto, where she had served as curator of European art. One of his first acts was to cancel an exhibition, planned for the summer of 2020, of artworks previously or currently owned by the Prince of Liechtenstein. (There are 12 such paintings in the gallery.)

Suda felt that it was wrong to display work owned by the Principality of Liechtenstein because Jewish slave labor had been used on farms owned by the late prince in Austria during World War II. Such allegations against the prince had been widely known for decades and were the subject of a major international inquiry in 2005. The gallery, under former director Mark Meyer, must have known this when planning the exhibition.

If the same rules applied to artworks from other royal houses, the gallery could not mount exhibitions from the art collection of our own king, Charles III, because some of his royal ancestors had condoned African slavery and harm to indigenous peoples .

Then, in 2021, Suda planned a Rembrandt exhibition ahead of his arrival that looked at text panels from indigenous and black historians chronicling Dutch mistreatment of indigenous peoples and Africans during Rembrandt’s time, the so-called Dutch Golden Age seventeenth Century. In addition, in 2021 the gallery released a strategic plan with five pillars including “transformative” art experiences, strong community connections through “a diverse and collaborative team” and “operational flexibility and sustainability”.

Increasingly, the Golden Age of the National Gallery appears to have been in the 1990s, when Baillie organized several successful exhibitions of European art, including paintings by Renoir. It was also the era when Charles Hill, one of the weekend’s letter signers, curated memorabilia.Group of Seven: Art for a NationAnd Diana Nemiroff, another signatory, began organizing a contemporary art biennial that brought us to one of the gallery’s largest permanent installations, Janet Cardiff’s sound sculpture.forty part motet,

Clinton won that election. Will art triumph in the gallery?