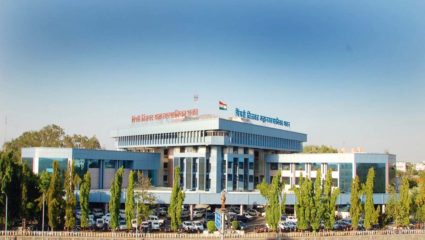 Pimpri: The Shinde-Fadnavis government of the state has decided to hold elections again through a four-member system (except Mumbai) by overturning the elections to local bodies from the three-member system of the Mahavikas Aghadi government (MVA Govt.). Along with this, the order to increase the number of wards and corporators has also been canceled. On the very next day, the State Election Commission has issued orders to all the municipal corporations to cancel the draw of ward structure and reservation done according to the three-member system.

Vilas Madigeri, former chairman of the standing committee of the Pimpri-Chinchwad Municipal Corporation, who has been urging for elections from the four-member system and fighting from the Election Commission to the Supreme Court, has thanked the Shinde-Fadnavis government for this decision.

Madigeri told reporters that we fought against the municipal election system and from the High Court to the Supreme Court under the pressure of the then Maha Vikas Aghadi government in the state and against the process done by the electoral system in a wrong way. As per our request and as per Supreme Court evidence, recently the government led by Chief Minister Eknath Shinde and Deputy Chief Minister Devendra Fadnavis announced to conduct the upcoming local body elections according to ward structure and number. In this regard, the Secretary of the State Election Commission Kiran Kurundkar has issued orders to all the 13 municipal corporations in this regard for the members of 2017. In this, it has been said to stop the reservation, voter list and all other processes for the upcoming municipal elections.

the whole struggle was successful

Regarding the past mistakes in the election process, Vilas Madigeri has said that the 3-member ward structure was finalized on 13 May 2022 as per the amendment made by the Maha Vikas Aghadi government on 30 September 2021 by the State Election Commission for the state municipal corporations. However, in the order dated 4 May and then 20 July, the Supreme Court directed to conduct the election process in 2 weeks as per the available ward structure on 10 March 2022. That is, the formation of the 2017 ward was final on 10 March 2022. Also, the census was done in the year 2011. Census 2021 could not be conducted till date due to Corona pandemic. Therefore, considering the population, the government increased the number of corporators from 128 to 139 for the Pimpri-Chinchwad Municipal Corporation General Election 2022. This is wrong as well as illegal because the number of members of the public representatives cannot be increased if the census is not conducted. We had requested the matter through a letter. In this regard, the Municipal Administration and the State Election Commission have ignored and disregarded public opinion. While announcing the schedule of General Election 2022, at every level (in hearing of ward formation objection, reservation objection, voter list objection) all the objections have been wrongly violated by political pressure while the objections are correct. In fact, when the Election Commission announced the new OBC reservation program, it became necessary to announce the new ward structure. I demanded from the Chief Minister Eknath Shinde and Deputy Chief Minister Devendra Fadnavis that the entire process which was done under the pressure of the then Maha Vikas Aghadi government, as well as ignoring the order of the Supreme Court, should be canceled. Along with the information about the mismanagement by the Election Commission and the Municipal Corporation, the order of the Supreme Court was also given.

One and a half inches of rain fell in Chandkheda-Chandlodia...

Explained: What is Maharashtra’s TET scam, and why is it back in the news? ...

The Hon’ble Cabinet has given a green flag to the leave of lecturers and...