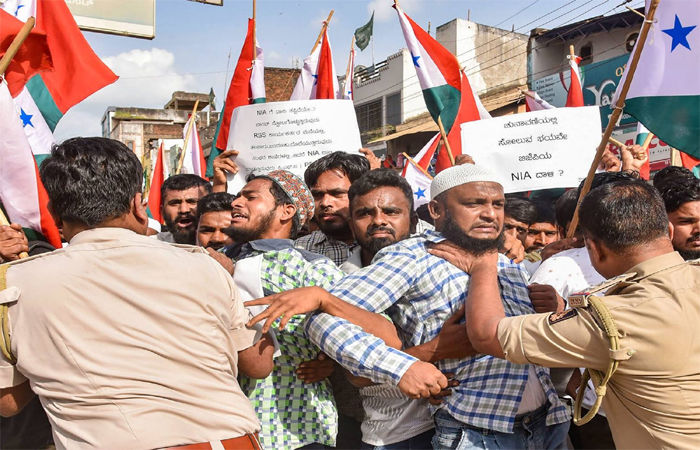 New Delhi: Documents seized from Popular Front of India offices and homes of its leaders across the country have found highly sensitive material, targeting prominent leaders of a particular community. Further, the NIA report claims that PFI is spreading hatred towards India among Muslims by misrepresenting government policies. Further, the ED revealed that a Muslim outfit had hatched a plot to bomb PM Modi in Patna in July.

Along with raiding more than 150 places of PFI in 15 states in the country, NIA arrested more than 106 people. Seeking the remand of 10 accused in the special NIA court in Kochi, the investigating agency alleged that this fundamentalist Islamic organization was inciting youth to join terror groups like Lashkar-e-Toiba and Islamic State.

The Enforcement Directorate, which played a joint role in the nationwide raid on the PFI, claimed that the PFI hatched a conspiracy to target Prime Minister Narendra Modi two months ago. He had prepared to blow up PM Modi’s rally on 12th July in Patna. A training camp was also held to attack the Prime Minister’s rally. PFI suspects were arrested from Patna in July. A booklet named ‘India 2047’ was also found among the documents seized from him at that time.