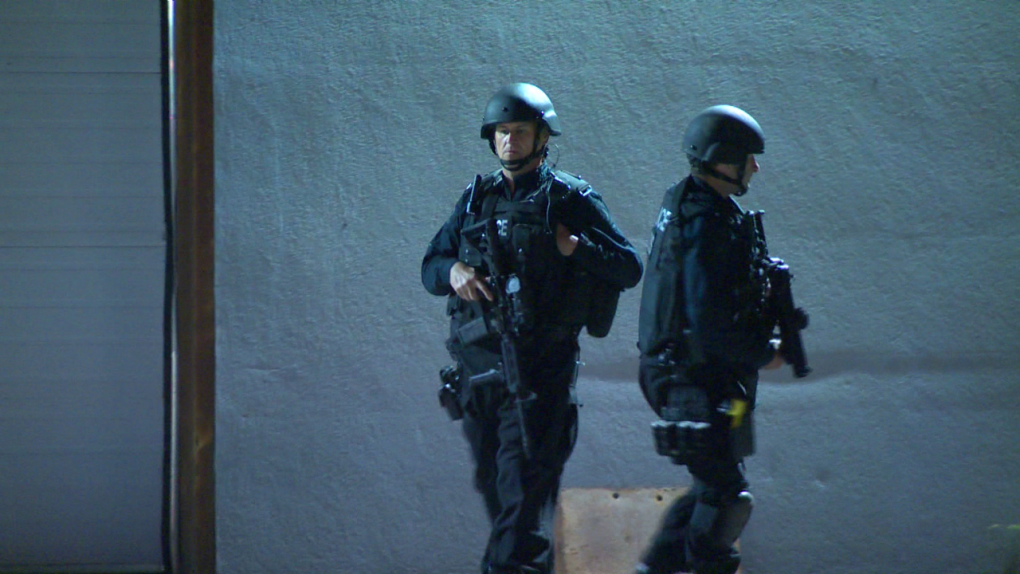 Dozens of Montreal Police (SPVM) officers are on the east side of the city on Friday morning as part of an operation regarding the recent shootings.

“This operation is ongoing and is linked to gun incidents that occurred in Rivire-des-Préries,” Montreal police spokesman Véronique Comtois confirmed. “In order not to harm the operation, no further information will be given.”

This happened when shots were fired shortly before midnight, injuring a woman.

According to information obtained by Nuvo Info, a suspect was later arrested.

A woman has been injured in a shootout in Rivier-des-Prés. (Cosmo Santamaria/CTV News)

Describing the situation as alarming, Comtois said there was no active shooter at the scene.

Police are asking the public to avoid a large commercial and industrial area in Montreal east, Henri-Baurasa Boulevard to the north, the Metropolitan Expressway to the south, Broadway Street to the west and Marian Avenue to the east.

It is not known how long this area will remain out of bounds.

A Sorte du Québec (SQ) helicopter has been dispatched to assist in the police operation.

The canine unit is also onsite.