PTI leaders are fierce on the Prime Minister IG News 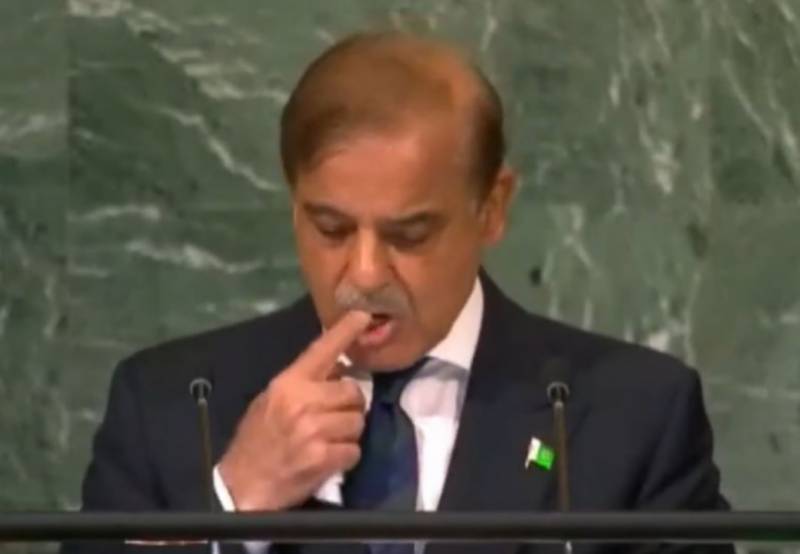 ISLAMABAD: Pakistan Tehreek-e-Insaf is criticizing Prime Minister Shehbaz Sharif on social media for spitting on his finger during his speech at the United Nations.

Senior PTI leader and former federal minister Shireen Mazari tweeted that Prime Minister Shehbaz Sharif defamed Pakistan by spitting on his finger during his speech at the United Nations.

Phew. He continues to embarrass us, now before UNGA. Imagine licking his fingers with tongue out simply to turn a page. Seems there is no end to the ways in which this Crime Minister can embarrass us. A political pygmy; a Uriah Heep “humbly yours” before all Western ldrs! pic.twitter.com/m6eDoVuH28

Pro-PTI journalist Athar Kazmi tweeted that the Prime Minister changed the first page of his speech by spitting on his finger.

Prime Minister Shehbaz Sharif’s address to the General Assembly began, the first page of the important speech was changed by spitting on the finger, I don’t know how many more pages there are. Our message to the world will hopefully reach in a good way. pic.twitter.com/awRZMo6cff

Senior journalist Sami Ibrahim, a supporter of PTI and an opponent of other political parties, wrote that Shahbaz Sharif became the first Prime Minister to turn the page wholesale after Zardari.

Waqas Amjad, a member of PTI’s Punjab social media team, wrote that now who changes the page by spitting, that too on the world’s biggest forum.

Now who changes the page by spitting, that too on the biggest forum in the world.

Whatever it is, this person is not less than the punishment of Shehbaz Sharif of Pakistan

PTI’s Web TV Haqiqat TV also tweeted that the Prime Minister of the Islamic Republic of Pakistan who changed the page by spitting.

The Prime Minister of the Islamic Republic of Pakistan who changed the page by spitting on the platform of the United Nations. pic.twitter.com/QpoOzZtgkb

Apart from this, PM Shehbaz Sharif is being criticized by PTI leaders, supporting journalists and social media team.

Despite the boycott, Bajimat Sunny at the box office, Karan’s face is excited after seeing the first day’s earnings IG News