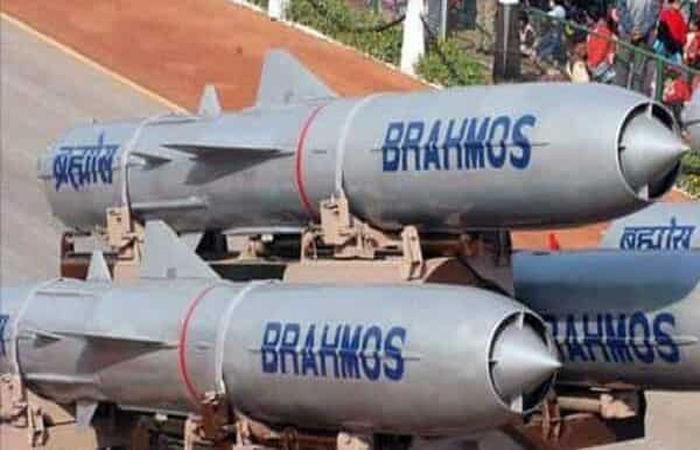 – BrahMos Aerospace Pvt for BrahMos supersonic cruise missile with a range of up to 300 km. Ltd. agreement with

New Delhi: The Ministry of Defense on Thursday signed an agreement with BrahMos Aerospace Pvt Ltd (BAPL) for the supply of BrahMos supersonic cruise missiles with a range of about 300 kilometers for Navy ships for Rs. An agreement worth Rs 1700 crore was signed.

The arrival of these dual-role missiles will enhance the maneuverability of the Navy.

Besides this agreement will boost indigenous production of weapon systems and ammunition. A Defense Ministry spokesperson said that BrahMos Aerospace Pvt Ltd is a joint venture between India and Russia. Which is making a significant contribution to increasing the number of new generation surface-to-surface missiles. These missiles have advanced range and dual-role capability for land-based anti-ship attacks. Ministry of Defense has entered into this agreement with BAPL to accelerate India’s self-reliant India drive in defense manufacturing.

Brahmos flies almost three times the speed of sound. This has developed into a major non-nuclear weapon. The range of BrahMos, jointly developed by Russia, has also been increased from 290 km to over 400 km. Apart from this, work is also going on to increase its range to 800 km. BrahMos missile will help amid the 28-month-long tension with China.