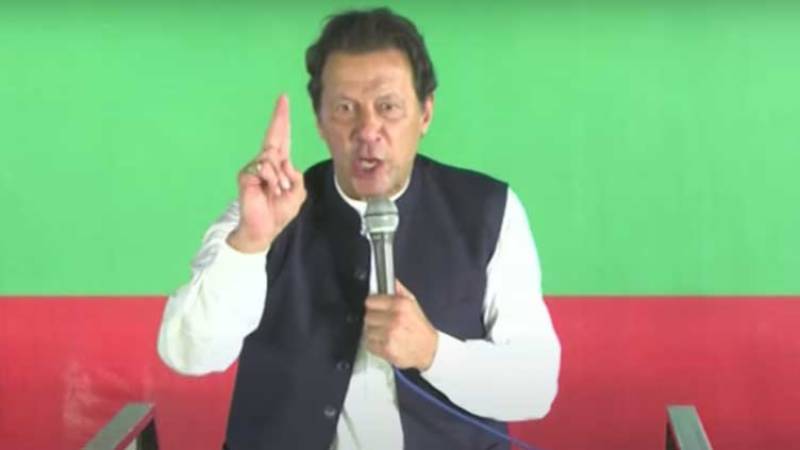 Former prime minister and Pakistan Tehreek-e-Insaf (PTI) chairman Imran Khan on Thursday while reacting to the threat of Minister for Interior warned Rana Sanaullah that he would not find place in Islamabad to hide because this time they [PTI] will come fully prepared.

Addressing party convention in Islamabad on Thursday, he said that the freedom is never given on a plate but sacrifices have to be made to gain real independence.

“Those who have hijacked the system have become billionaires and they will never give us freedom easily,” Imran Khan said adding that the movement for real freedom is the biggest after Tehreek-e-Pakistan.

Reacting to the threats of the interior minister, Imran warned Rana Sanaullah that he would not find a place to hide in Islamabad if he adopts the same brutality and violence against peaceful marchers at this time.

The PTI chairman said that a coward person cannot become a great leader, adding that a person, who can control and end his fear, can become a big leader.

The former PM went on to say that he was trying to explain to the nation what kind of welfare state Medina was and also urged the party workers to join his long march when he gives a call, adding that this is a testing time for the PTI. workers and the nation.