Rowdy sheeter Naga entry to Minister V Somanna’s house! Who is the don who came with the gang? IG News 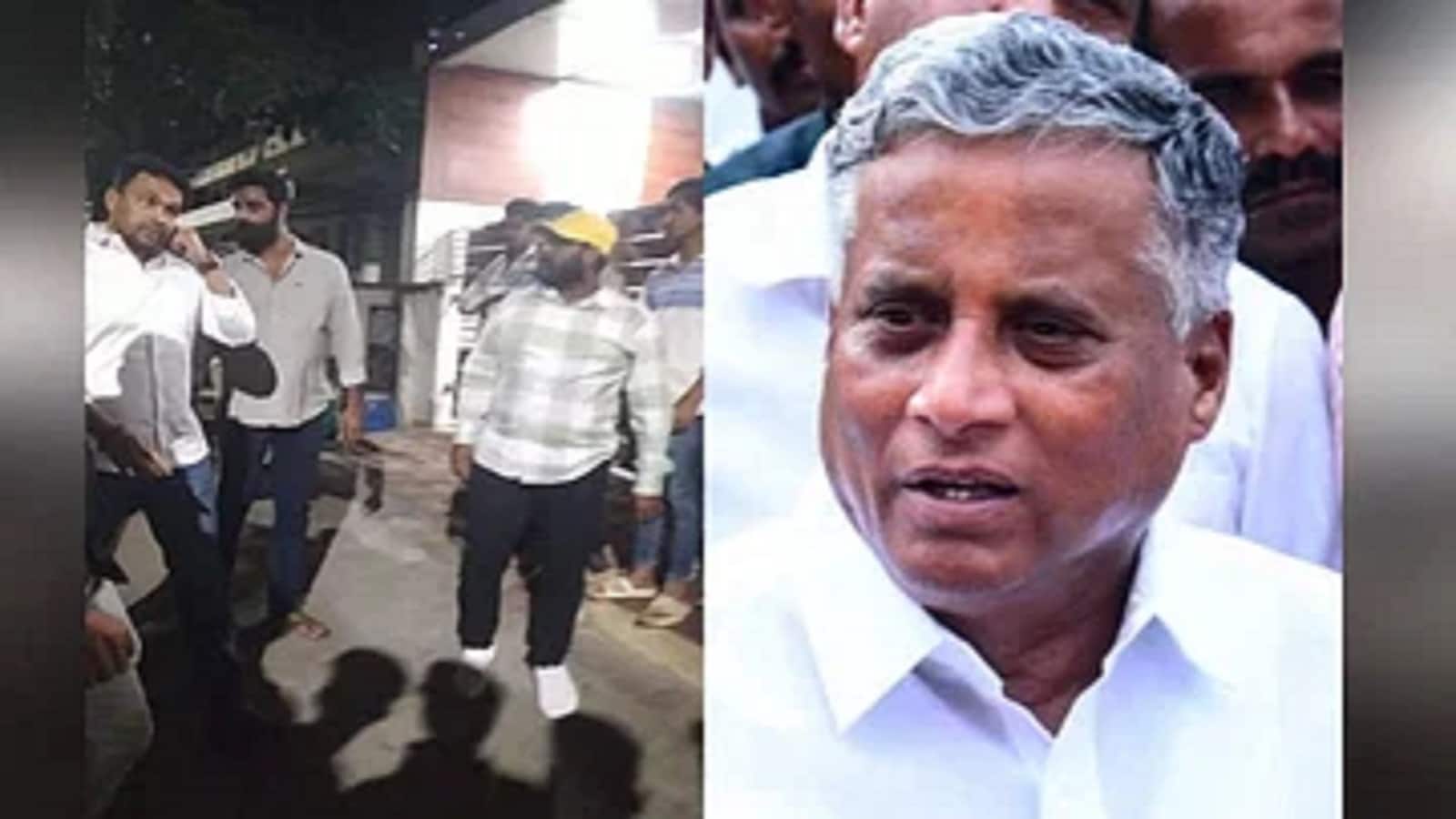 Bengaluru (Nov. 30): The appearance of rowdies with BJP leaders has become a big news recently. A few days ago, Sunila, a rowdy sheeter, appeared in a BJP program and was the cause of heavy criticism. This has led to political mudslinging between Congress and BJP. In the meantime, the house of Housing Minister V Somanna (V Somanna) was visited today (November 30) by the rowdy houser Wilson Garden Naga (Wilson Garden Naga).

Rowdy sheeter Wilson Gordon Naga along with 40 to 50 boys of his gang visited Minister V. Somanna’s residence in Vijayanagar. Still Wilson Garden Naga, Srikanth alias Apple Santu was absconding during the CCB raid on November 23. An alert CCB brought the accused Naga and interrogated him. Later, the accused Naga along with his gang visited the house of Minister V Somanna.

Tweet war continues between Congress and BJP. Silent Sunil’s photos with BJP leaders were circulating everywhere, and reports were circulating that Rowdy Sheeter had joined the Kamal party. CM Basavaraj Bommai and BJP state unit president Nalin Kumar Kateel gave clear information that no rowdy sheeter is joining the BJP party. But the Congress has been infuriated by a series of tweets saying that fighter Ravi is a rowdy sheeter.

Is fighter Ravi a rowdy sheeter?

BJP state unit president Nalin Kumar Kateel said that Sunil will not be included in the party for damage control, why is he silent about fighter Ravi’s joining the party?, BJP members, fighter Ravi is a rowdy sheeter, isn’t he? Instead of making such a drama, Congress said that the rowdy morcha should be announced.

BJP Vs BJP fight is going on

On one hand, CN Aswathnarayan and CM talk in defense of the rowdies, on the other hand, Nalin Kumar Kateel Dhidir, who was hiding somewhere, stands up and says that Silent Sunila will not be included in the party. Congress questioned whether there is a BJP Vs BJP fight going on even in the matter of rowdy morcha.

What is the alliance between the minister and Sunil?

BBMP’s garbage disposal tender is a testimony to the bond between BJP and rowdies. Who is the minister who gave the garbage tender to Silent Sunil in the name of benami? What is the alliance between that minister and Sunil? How come the tender was given outside the rules despite not being qualified? Why? Congress thundered.

Congressmen, when you smell defeat, you shout that the EVM is not working. You are saying that EVMs have been misused. The Supreme Court has whipped those who have done this. Stop covering up your defeat by showing the EVM’, the BJP protested.