SBP and government did not intervene directly to depreciate dollar: Miftah IG News 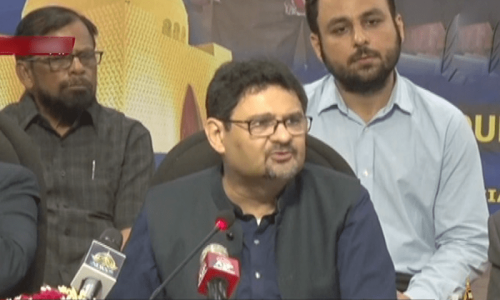 Finance Minister Miftah Ismail on Saturday insisted both the State Bank of Pakistan and neither itself “personally intervened” to depreciate the dollar’s value, citing market dynamics as the reason.

He told the Karachi Chamber of Industry and Commerce that he disagreed with a KCCI member’s claim that he was responsible for the dollar’s decline. “Neither State Bank nor I have personally intervened” (to bring the dollar down). “It comes down to supply and demand,” he explained.

In the interbank market, the rupee has gained Rs 16.26 against the US dollar since July 29. During his speech, Ismail reiterated the government’s intention to restrict shipments for the upcoming three months, claiming it was a necessity.

“We have banned CPU automobiles, mobile phones and home appliances which will be in effect till September.” “Sanctions” [import of commodities with H S Codes beginning with] 84 and 85 are reasonable,” he explained.

The minister, however, said that the officials were seeking to identify the goods used by the exporters to manufacture the products and their shipments would not be stopped.

Leaders pay tribute to Rajiv Gandhi on his 78th birthday at the memorial in...

By the Shiromani Committee Condemnation of the incident that happened with Granthi Singh...