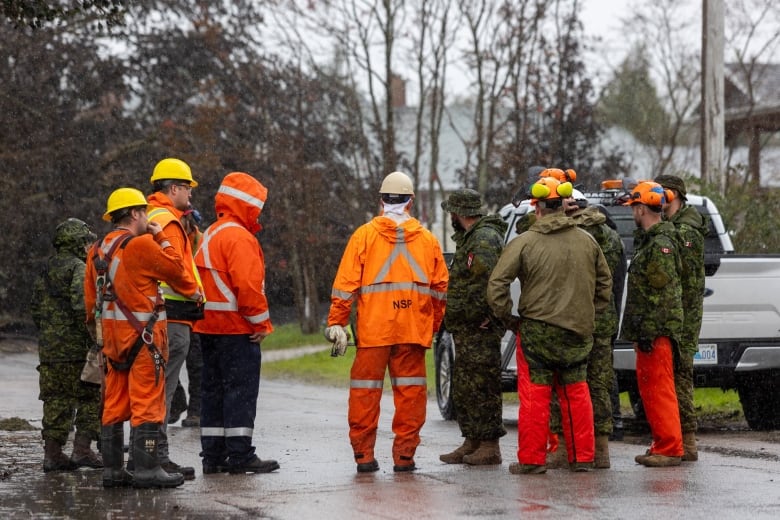 After Hurricane Fiona damaged power poles, uprooted trees, and scattered debris across the Atlantic provinces, getting power back has been a challenge.

About 104,800 Nova Scotia Power customers are without electricity as of Wednesday morning, down from more than 400,000 on Saturday.

In Sydney, 36,000 customers are affected, the highest number in the province. Truro, NS, has the second largest number of affected customers at 20,000.

Thanks to Robin and Kyle for capturing and sharing this video of workers replacing electric poles in Sydney. #NSStorm pic.twitter.com/5af6Swm4rJ

More than 90 percent of Halifax customers have had their electricity restored, however, many streetlights are still not working.

Restoration times in Nova Scotia are constantly changing. Right now, some estimates suggest that power will not be restored until October 5.

In a video posted on Twitter, Chris Lantigne, director of care at Nova Scotia Power, said once teams are able to glean more information from the scenes, they will be able to give a better estimate of restoration times.

“The restoration has been more complex than before,” Lantigne said.

Since Monday, 100 soldiers from Canadian Army Forces have helped clear debris in the Atlantic region so that power crews can access power lines. As of Tuesday, the company had 1,300 crew members in the area.

some schools are now open

All schools at the Halifax Regional Center for Education are open except Atlantic View Elementary School, where classes have been canceled due to a power outage.

Classes at the Cape Breton-Victoria Regional Center for Education have been canceled for Wednesday and Thursday.