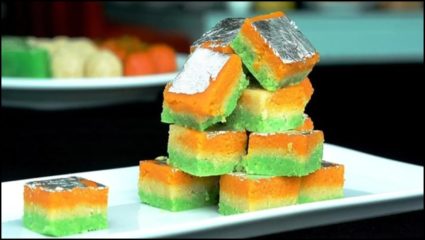 Nashik : In view of the upcoming festival in the city, a large quantity of adulterated sweets and other food items have come to the shops from Gujarat. Sweet sellers are selling ‘Special Barfi’ from Gujarat. It is being said about this particular barfi that the khoya being used to make this barfi is fake. Since this khoya is available at half the price of the khoya produced in the city, the sweet sellers are extensively using the imitation khoya in making sweets.

Buckwheat is being used in large quantities to make sweets. As an alternative sweet sellers have come up with a pseudonym. Khova produced in the Ahmedabad region of Gujarat is being openly used in making sweets. In the code language of sweet shoppers, it is called ‘Special Barfi’.

There is a ban on this ‘special barfi’ coming from Gujarat to Maharashtra. Some manufacturers have started their factories near Maharashtra. The massive distribution network of this food, which is easily available in the state, has also been activated in Nashik. This special barfi is brought by private travel buses. These trains arriving in the morning come to different parts of the city, from there sweet sellers bring khova from their vehicles. In Nashik, ‘Special Barfi’ is available at the rate of about five hundred rupees per kg.

Making khova in sweet factories requires time, fuel and abundant milk supply. However, khova from Gujarat does not require any of these things, on the contrary it is available at half the cost of khova produced in Nashik. Sweet shopkeepers are earning huge profits from this. Available in ‘Special Barfi’ packing from Gujarat. These barfi producers are directly licensed by the central government, hence their quality is not checked by the Food and Drug Administration (FDA) of the states of Maharashtra or Gujarat, so this ‘Khas Barfi’ is being sold for free. Is.

What is ‘Special Barfi’?

Khoya, known as special barfi, is prepared by mixing milk and vegetable oil. After getting this khova from the sweets of the city, sweets are made by adding essence and giving shape to it. Presently milk is Rs 70 to 80 per liter. About seven liters of milk is needed to make one kilo of khova.

Gujarat’s khova one hundred to two hundred rupees per kg

The cost of real pure khawa ranges between Rs 400 to 600 per kg. However, khova from Gujarat is available only at the rate of one hundred to two hundred rupees per kg. It is seen in a picture that many sweet sellers are liking to buy ‘Special Barfi’. Stomach diseases are caused by eating sweets made from fake gram flour. Consumption of this sweet can also cause indigestion, diarrhea, vomiting and headache. Chemicals are also used in the manufacture of counterfeit scales. Consuming too much chemical is harmful for diabetes.