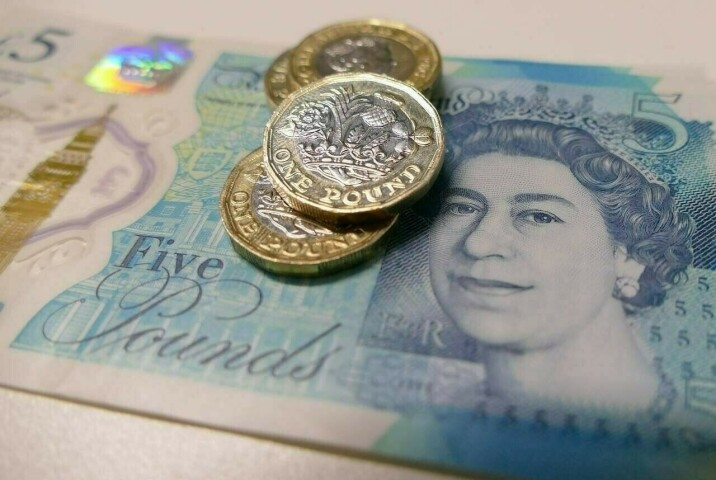 LONDON: Britain’s pound weakened against the dollar on Wednesday, ending a six-day rally but remained well off recent lows after the government’s U-turn earlier this week on some tax cuts.

After falling to a record low of $1.0327 last week following the government’s ‘mini-budget’ announcement, the pound has regained some ground.

It was also extended on Monday after the government reversed the cut in the highest rate of income tax.

British Prime Minister Liz Truss will argue on Wednesday that the disruption caused by her economic plans will be worth it in the long run, as she delivers a speech at a Conservative Party convention.

Susannah Streeter, senior investment and markets analyst at Hargreaves Lansdowne, said, “It’s not a significant move compared to the wild swings over the past week,” referring to the pound’s performance.

“But I think there is still a lot of uncertainty and division within the Conservative Party about the direction of economic policy even ahead of Liz Truss’s speech.”

Traders will listen to find out whether there is any further backlash on tax cut policies and whether they have any reconciliation with those opposing the policies within their own party, Streeter said.

Despite a slightly better reading, the data focuses on the challenges facing British businesses as they suffer the sharpest contraction in activity since the start of last year.

The pound is down 16.5% against the dollar so far in 2022, amid recession fears and concerns over Britain’s fiscal policy.

Meanwhile, the dollar is rising, as the US Federal Reserve has aggressively raised interest rates to control inflation.

The Bank of England is also battling to contain rising inflation, with the market expecting a bumper hike of 100 basis points at its next meeting in November.

Questions are being raised on the priorities of BCCI before ICC World Cup 2023, where is the mistake happening? IG News