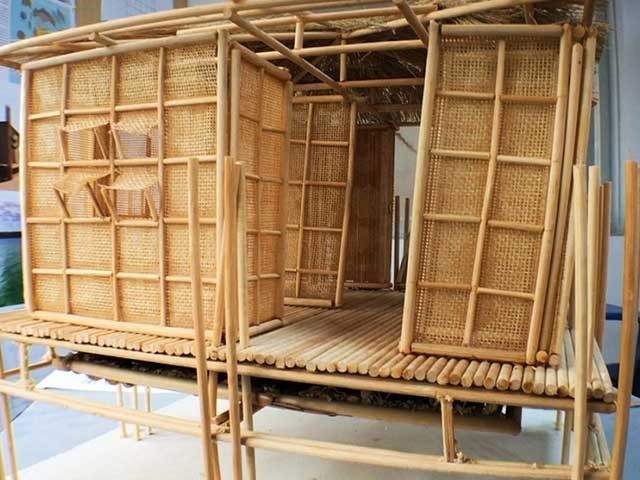 The students of Karachi University’s Department of Visual Studies have presented a model of houses that can survive floods in the future.

According to Express News, University of Karachi students have presented a model of low-cost, sustainable and movable houses for the construction of houses to control the damage caused by floods in the future.

Bamboo, mat, mud, reusable plastic bottles and tires etc. will be used for the construction of houses, in which the cost of building materials for a house will come from 50 thousand to 1 lakh rupees and there will be no cost in living. There will be no change.

The special thing about the houses is that if there is a fear of being damaged or swept away by the flow of water, then due to their low weight, they can be easily moved to another place and their belongings can also be stored in it. , the recent flood was up to 10 feet, to make the houses more secure, the exterior walls will be raised 15 feet to prevent water from entering.

The construction department declared this effort of the talented students feasible and gave an indication to implement it soon.

The students say they came up with a plan to develop lightweight houses after witnessing severe weather conditions in the country and then put it into practice.

The architecture students of the Department of Visual Studies also say that the house has the ability to float on the surface of the water while being designed keeping in mind the past life, culture and traditions of the IDPs.

The structure of the house is mostly made of bamboo and various frames are joined together to form walls which can be adjusted according to the family’s choice and in flood situation the wall can be removed from the foundation and roof while saving lives. So in extreme situations it can be converted into a fleet. 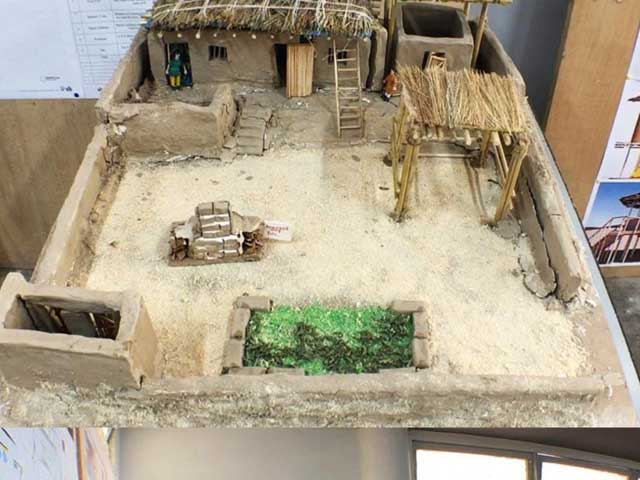 The materials used in the house are not alien to the affected communities and the structures can be built by IDPs themselves due to simple construction techniques. This design allows the structure to float up to 10-12 feet and will cost between 50 thousand to 80 thousand.

Experts say that more than 30 million people have been displaced by the recent floods in Pakistan, and only 4,000 have been provided with temporary tents to live in, which are not even safe, and the surrounding environment and water are unhealthy. They are also unable to prevent the spread of diseases caused by

In this regard, Wajiha Siddiqui, a lecturer in the field of construction, said that we are the ones who have to face the effects of natural disasters due to global warming and should be prepared for many more floods in the next 30-50 years. We as future architects had to find a way to give back their shelters to them and hence came up with this plan. 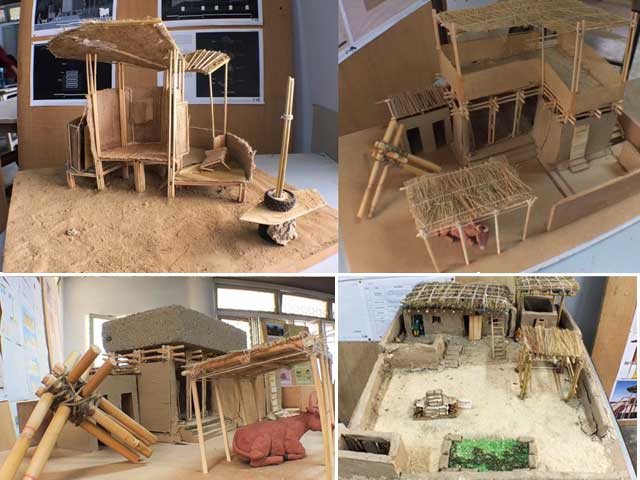 He said that in this regard, a workshop was also organized for the students in which they were informed about the humanitarian and flood situation. He said that the concept of rough and ready house should end. Some foundations have visited the project made by the students and some NGOs are in contact. Very happy with the motivation that they have appreciated the efforts of the students.

He further said that our aim is to use the public assistance properly so that the flood victims can recover quickly and avoid future floods as well.