The Canadian Forces wants you: to watch soldiers build a bridge in Shedden this weekend IG News 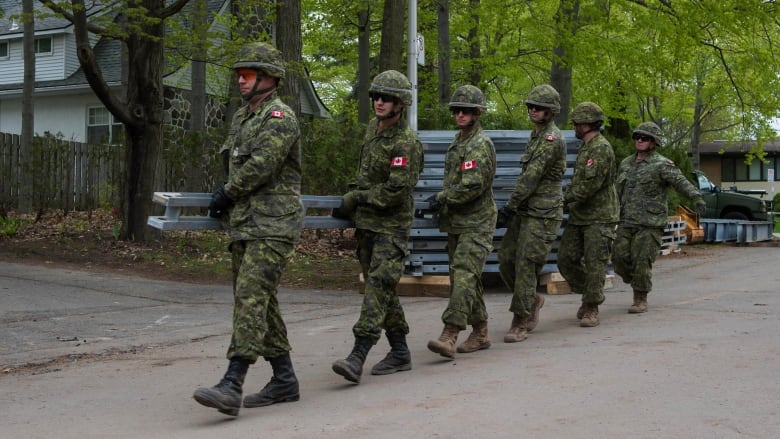 The Canadian military is inviting the public to watch as field reservists begin conducting convoy and bridge-building training in the southwestern Ontario communities of St. Thomas and Shedden starting Friday.

Reservists along with the 31 Combat Engineer Regiment, 31 Service Battalion and 2 Military Police Regiment will begin moving heavy military machinery into the area on Friday afternoon, culminating in a bridge-building exercise spanning Talbot Creek in Shedden on Saturday.

“During this period, the public may view military vehicles on Sunset Drive, John Wise Line, Fingal Line and Union Road,” said a press release published by the Department of National Defense (DND) on Wednesday.

Armed troops, including military police, will be deployed along the routes to guide vehicles, the statement said. However, the army insisted that the weapons would not be loaded.

“At no time will live ammunition of any kind be present,” the DND statement said.

While most Canadian military training exercises are closed to civilians, the military said the public is invited to watch Saturday’s exercise between 9 a.m. and noon, when soldiers will be on a field spanning Talbot Creek at 9210 Union Road in Shedden. Will build a temporary crossing.

Once construction is complete on Saturday, the Canadian Forces said crews will disassemble the bridge on Sunday, with the exercise expected to end by 7 p.m. Sunday.

The Army said on Wednesday that the aim of the exercise is to keep the skills of reservists sharp in the event of a natural calamity, where military personnel will be called to build a temporary bridge to replace the one that has been washed away.

“All measures are being taken to ensure minimum inconvenience to the occupants of the area. However, access to certain areas of the Open Space Park will be restricted,” the news release said.

“Members of the public are asked to use extra caution when approaching military vehicles and are thanked in advance for their understanding and co-operation.”

Murmu ideals for every woman.. Farewell to the President at INS Dega – News18 Telugu IG News

The strange loss of Corona, the mind of the youth started to grow rapidly IG News

“J. I am Jayalalitha”. IG News