The credit for the nuclear blasts goes to me, Raja Zafar-ul-Haq, Sheikh Rashid – IG News 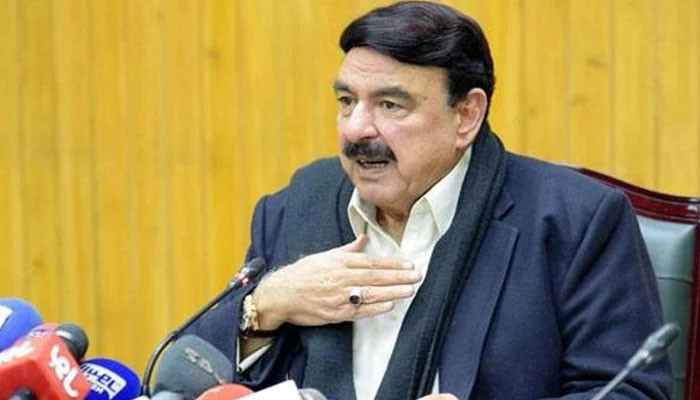 Federal Interior Minister Sheikh Rashid Ahmed said that the credit for the nuclear blasts goes to Raja Zafarul Haq, Gohar Ayub and me.

Sheikh Rashid said that May 28 is our historic day. On this day, we are the first country in Islamic countries to carry out nuclear blasts. The credit for nuclear blasts goes to Raja Zafar-ul-Haq, Gohar Ayub and me.

Talking to media on his visit to Nala Lei, Sheikh Rashid Ahmed said that Rs 3 crore has been announced for Nala Lei. The Punjab Chief Minister has also announced three universities in Rawalpindi.

The Federal Minister said that all the teams headed by Commissioner Rawalpindi are fully mobilized.

He will always be remembered for 3 universities, 60 colleges and a canal after our death. Chaudhry Nisar has taken an oath to know his work, whatever the PDM does, the Prime Minister will complete 5 years.