The ex-husband of a missing Pakistani-American woman from Rawalpindi has confessed to her murder: Police 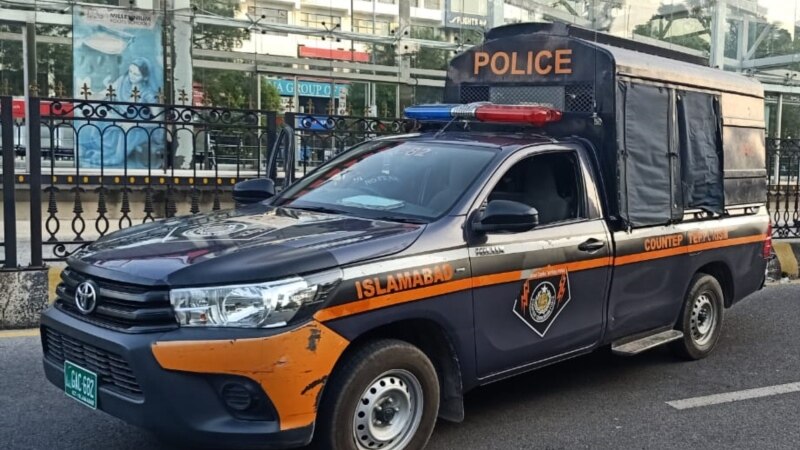 The ex-husband of a missing Pakistani-American woman from Rawalpindi has confessed to her murder: Police

Rawalpindi police officials say Wajiha Farooq Swati, a Pakistani-American woman who went missing from the Defense Housing Authority (DHA) area, has confessed to being killed by her ex-husband.

According to authorities, the accused was accompanied by his father and employees.

Who was the American woman?

Wajiha Farooq Swati, an American-born Pakistani woman from Abbottabad, was married to a US-based doctor several years ago.

According to reports, in 2014, her first husband, Dr. Mehdi Ali Bashiruddin Qamar, was killed near Rabwah in Punjab. Wajiha Farooq had her second marriage with a man named Rizwan Habib and the two had divorced two years ago.

According to an FIR lodged at the Morgah police station in Rawalpindi, Wajiha Farooq Swati, an American-born Pakistani woman, had come to Pakistan on October 16 this year to settle property matters with her ex-husband. He was accompanied by his 15-year-old nephew from the UK.

It should be noted that one of Wajiha Farooq’s sisters resides in the UK where she left her children behind.

According to the FIR, after arriving in Pakistan, her ex-husband Rizwan Habib took her to a house in DHA, which was in dispute between the two.

Wajiha Farooq and his nephew Ayan fell asleep after drinking the drinks provided by the employees in this house. According to Ayan, when he woke up, his aunt and his belongings were missing while Rizwan Habib was not present in the house.

According to the text of the FIR, the employees present there tried to lock Ayan in the room but in the meantime he called another of his relatives and left with them. After receiving emergency documents from the British embassy, ​​Ian returned to the UK and since then no one has known about Wajiha Farooq.

Speaking to VOA, Shabnam Nawaz, advocate for Abdullah Mehdi, son of Wajiha Farooq Swati, said that he had filed a petition in the Lahore High Court Rawalpindi Bench seeking remand in custody. The case is being delayed since then and the FIR was not even registered. An FIR was lodged in Morgah police station on November 2, 15 days after the abduction.

In this case, the court of Lahore High Court Judge Raja Shahid Mehmood Abbasi had ordered Rawalpindi to recover the abductee till the next hearing.

The named accused in the case, Rizwan Habib Bangash, was not immediately arrested. According to police, the accused was cooperating in the investigation and was coming to the police station when called by the police. However, police arrested him last week after gathering evidence.

Rizwan Habib Bangash had also filed a petition in Morgah police station on October 22 regarding the disappearance of Wajiha Farooq. However, on November 2, an FIR was registered against him in which he was accused of kidnapping Wajiha Farooq Swati.

Rizwan Habib also filed a petition in the Lahore High Court Rawalpindi Bench seeking quashing of the FIR, which was rejected by the court. And an American citizen has been abducted and is still unaccounted for. The court had rejected Rizwan Habib’s plea.

‘Rizwan Habib is involved in kidnapping and killing Wajiha‘

Wajiha Farooq’s son Abdullah Mehdi’s lawyer Shabnam Nawaz Advocate told VOA that all the evidence in this case was against the accused but the police arrested the accused two months later with great delay.

He said that in this case, the accused had killed Wajiha Farooq Swati in greed for money. She used to send crores of rupees from USA for the house and Rizwan Habib made his name after building the house and later named it after his mother which was objected by Wajiha and this was the reason for divorce and now it was also the reason for her murder. Is.

According to him, the young children of the victim are currently going through deep trauma.

Shabnam Nawaz said that Rizwan Habib and his employees were also complicit in the kidnapping and murder.

‘I have no hand in the disappearance of Wajiha Farooq‘

Speaking to VOA before his arrest in the case, FIR nominee Rizwan Habib claimed that he did not know why his stepson Abdullah Mehdi was including him in the case.

He had said that Wajiha Farooq Swati was his wife and after coming from UK he had brought her home and after that he had gone to Hangu to attend his brother’s funeral. On his return that evening, it was learned that Wajiha had gone out and in his absence his nephew Ayan had gone away with one of his aunts. Wajiha was angry with the employees and left the house, but no information has been released about her since then.

Rizwan Habib said that he had lodged a complaint at Morgah police station regarding the disappearance of his wife but no action was taken against him and a false case was registered against him at the request of his step son.

According to him, false allegations have been made against him in this FIR and Shabnam Nawaz, lawyer of his step son Abdullah Mehdi is also involved in all these cases.

The position of the police

Rawalpindi Police RPO Ashfaq Ahmed while talking to VOA said that it was a difficult case in which the police investigated the crime with modern techniques and methods and now the accused has revealed that he had arrested Wajiha Farooq. Swati was killed in October.

According to police, the accused stabbed the woman to death.

He said that Rawalpindi police teams have gone to Hangu to retrieve the body from the place identified by the accused and it has been revealed with reference to the accused as well as his father and employees that he Were also complicit in the crime.

He said that all these persons would also be arrested and interrogated soon.

In this case, the plaintiff Abdullah Mehdi had also requested the US embassy in Pakistan for help.

Inflation in Canada falls to 7.6% in first reduction in...

Arguments are made for accusing the Blenheim man of assaulting...

Gay man who lost boyfriend to COVID turns grief into...

The conditions created by Boris Johnson are contrary to that...

US refuses to lift moratorium on Afghan foreign reserves, halts...

According to Maryam Nawaz, Nawaz Sharif has rejected the POL...

Canada went undefeated at the World Juniors with a 6-3 win over Finland IG...

The Supreme Court was ready to hear the petition of the Unnao rape victim,...