The process of refunding Hajj Support Fund amount of one and a half lakh per person has been started, Mufti Abdul Shakoor – Daily Qudrat IG News 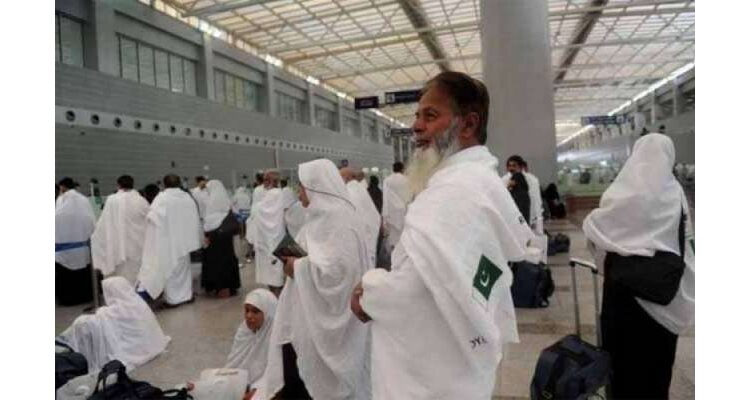 The process of refunding Hajj Support Fund amount of one and a half lakh per person has been started, Mufti Abdul Shakoor – Daily Qudrat


34 thousand 49 government pilgrims (including 2 thousand additional Hajj quota) will be informed about the refund through mobile SMS. Minister of Religious Affairs Mufti Abdul Shakoor has instructed the official pilgrims to contact their respective banks within the stipulated time.
It will be necessary to show the mobile message, original identity card, original passport and original bank receipt to the bank staff. The designated banks are obliged to pay the refund of Hajj pilgrims according to their convenience through bank account, pay order or cash.

Earlier, he said that in a short time, he made the high-level arrangements for Hajj 2022 possible. Highlights of this year’s Hajj include “Route to Makkah” facility for more than 15,000 official pilgrims from Islamabad Airport, accommodation closest to the Haram after 10 years in Makkah, 24/7 uninterrupted provision of Haram transport to all pilgrims. , includes provision of 4 and 5 star hotels in Madinah to all pilgrims.
Also, Mina’s schools were taken in the form of collection and close to Jamrat. Pakistani schools were obtained in Arafat field near Nimra Mosque and Jabal Rahmat and in the form of a collection. The pilgrims were provided three meals of the best Pakistani quality during their stay of about 40 days. Modern model buses were arranged for the journey from Makkah to Madinah and from Madinah to Makkah which is approximately 450 km. With the help of Hajj assistants in Madinah, booking of baggage and boarding passes of pilgrims have been implemented 24 hours in advance at the residences of pilgrims through city check-in in Saudi Arabia for pilgrimage to Riyadh and return home.