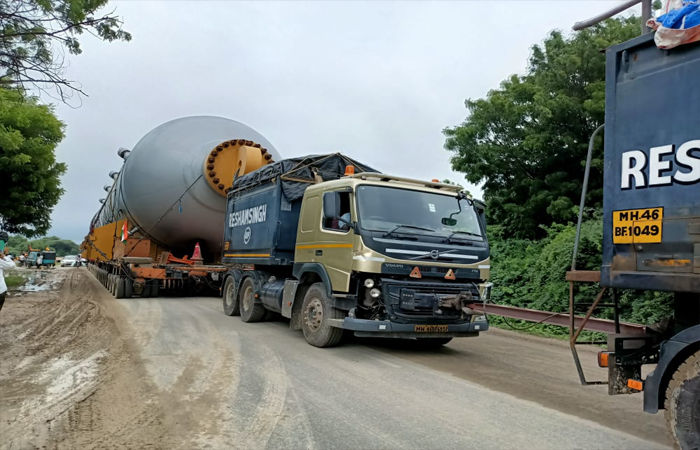 For the last 20 days, two reactors of crude refinery at Barmer in Rajasthan have stopped. The company handling the logistics to cross the Narmada Canal near Tharad is facing a lot of trouble. On the 482 km route from Mundra in Kutch to Barmer, the ferocious vehicles carrying this reactor are stuck between Tharad and Vav. These vehicles cannot move without building a new bridge over the Narmada Canal. 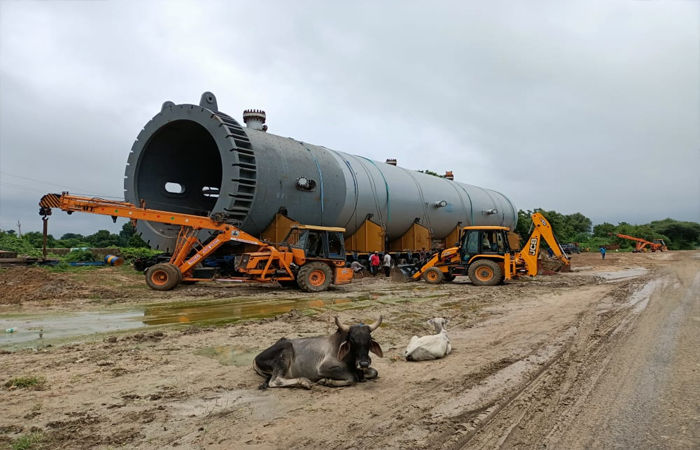 One vehicle is carrying 760 tons with 352 tires and another is carrying 1148 tons with 448 tires. Since there is no bridge over the canal, an iron bridge is being constructed here on war footing for the last 12 days. This bridge weighing about 300 tons will help both the vehicles to cross the canal. In order to build this bridge, the Narmada Canal has also been forced to shut down the water so that the engineers can work.

However, local sources said the bridge is ready but the refinery reactors are heavy due to heavy rains and are sinking into the ground and are not moving due to the weight. For that, both sides of Narmada Canal have been broken. After completing one side of the canal on Wednesday evening, efforts to build a road on the other side were going on in full swing. Regarding this, Civil Head Surendrasinh Rathod said that ‘the work of the bridge and the road on both sides is almost on the verge of completion. If the axle is able to reach the canal then both the reactors will be made to cross the canal on August 11 i.e. Thursday or it can be done on Friday. 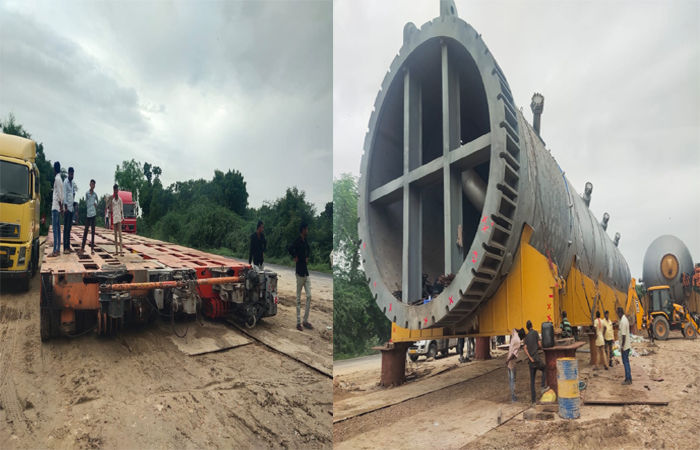 Arrest of the person who threatened Mukesh Ambani from Bihar, shocking revelation of neighbors IG News