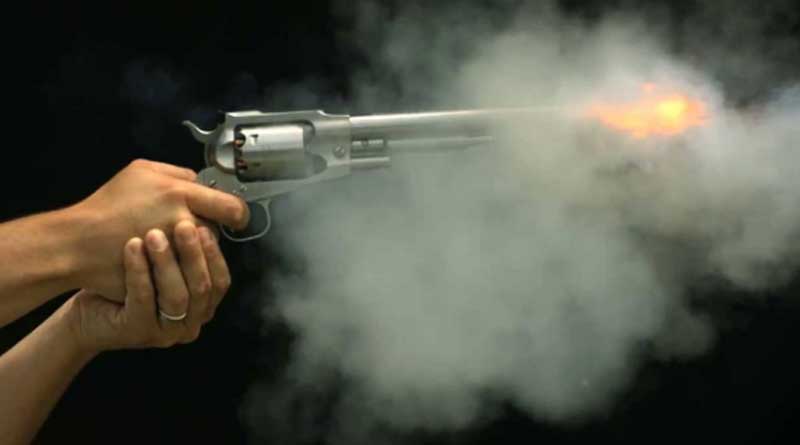 Anshupratim Pal, Kharagpur: Shootout at Kharagpur. Trinamool (TMC) activists were shot in the face by unidentified miscreants. The incident took place on Monday night near Mata Mandir in the Old Settlement area of ​​Kharagpur Municipality. No one has yet been arrested in connection with the killings. And the anger of the relatives of the dead is growing. The grassroots leadership of Kharagpur has been vocal about the deteriorating law and order situation in the area.

It is learned that the deceased was identified as Venkat alias Prasad Rao. Age 40 years. He is known as a grassroots activist in the area. His house is opposite the Mata Mandir in the Old Settlement area of ​​Ward No. 20 of Kharagpur. According to eyewitnesses, the young mother was standing in front of the temple at around 10 pm tonight and was talking to her friends. When the phone rang, he went to the back yard of the Mata Mandir to talk separately. There, three unidentified persons came in a scooter and after talking to him, they suddenly started firing at Prasad. He fled the area after firing from the Point Blank range.

Prasad was immediately rescued and taken to Kharagpur Railway Hospital. The doctors pronounced him dead. A doctor said that 10 bullet wounds were found in Prasad’s body. The police of Kharagpur Town Police Station reached after receiving the news of the incident. A blank magazine was recovered from the scene. No one could be identified as all the miscreants had masks on their faces. No one has been caught yet.

However, the reason why Prasad was shot like this is unclear. It is learned that Prasad is a land broker and also has interest business. A few days ago I went to Bangkok with my friends. Back there he was in Vizag for two days. Then he returned to Kharagpur on Monday morning. Prasad was once close to Srinu Naidu, the ‘terror’ of Kharagpur area. However, locals say that there was no relationship after 2014. However, in a crowded area, the locals are terrified by such an incident.