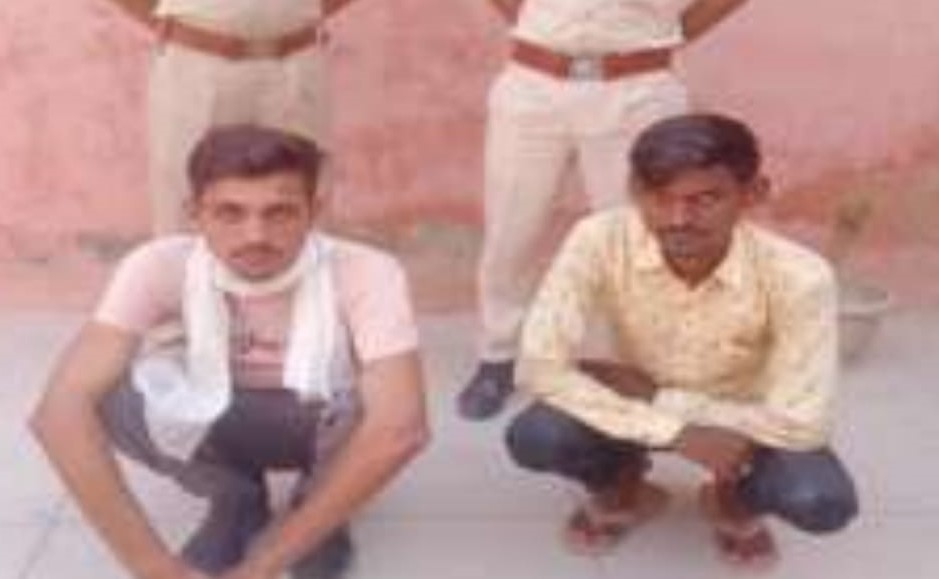 Becoming a gun lover on social media can lead to jail. In Bikaner, such social media groups are monitored by the police and every day one or two youths are being arrested. Bikaner Police has arrested two youths. These youths had made IDs on Instagram in the name of Mafia Fauji, on which photos of pistols and other weapons were posted. On this the police arrested him.

Actually, on the instructions of Bikaner IG Omprakash, Operation Cyber ​​Clean is going on in all the four districts of the range. Under this, the Napasar police has taken a big action. The ID made in the name of “Mafia Fozzie” on social media Instagram was taken under surveillance. A photo of weapons was put on this ID in the past. Many such statuses were also imposed which were to promote Gun Lover. Napasar SHO Jagdish Pandar, 21 years old Gajanand Jat son Bhanwarlal resident Shereran and 20 years old Rakesh Jat son Bhanwarlal resident Shereran have been arrested for uploading photo with weapon.

It is considered a crime to attract youth towards crime by uploading photos with criminal tendencies and weapons on social media and sharing their posts and reels. Police believe that this creates fear and adversely affects the peace and law and order in the area. The said act of the arrested accused comes under the category of criminal offence. Therefore, to curb this trend, constant monitoring is being done on social media. The team that took action included SHO Jagdish Prasad, ASI Bhagirathram Constable Shivprakash and Suresh Kumar.