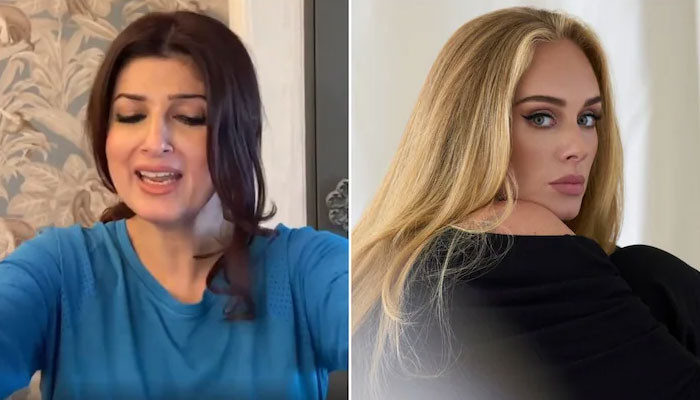 Indian actor Twinkle Khanna is showcasing her singing skills with British singer Adele’s Easy on Me.

Turning to her Instagram on Thursday, Akshay Kumar’s wife clip of herself working out as she croons to Adele’s latest hit.

“This was one of the most popular requests. Like I said when you hear @adele performing, ‘Easy on Me,’ the phantom hair on your arms stand, as if the follicles have forgotten they have all been lasered off. My voice has a similar effect but for different reasons,” Twinkle lauded Adele before making fun of her singing.

She continued, “I am lucky that this bike doesn’t have wheels otherwise, it’s not just eardrums that would suffer a puncture! How many of you love to sing even when you know you are terrible? Drop your requests in the comments for the next #TuneIntoTwinkle that does not go by the acronym #Tit.”

The Mrs. Funny Bones author then wrote: “If Adele sees this, she may just go from rolling in the deep, to off the deep end!”