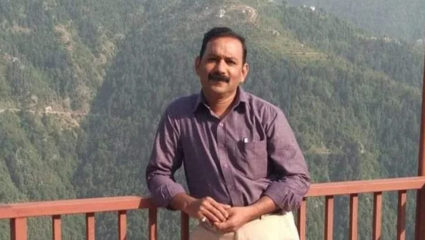 New DelhiThe National Investigation Agency (NIA) said that another accused was arrested on Wednesday in connection with the June murder of pharmacist Umesh Kolhe in Maharashtra’s Amravati for which a reward of Rs 2 lakh was announced.

Shaeem Ahmed alias ‘Shahim’, a resident of Amravati’s Al Karim Nagar, is the 11th accused to be arrested in the sensational murder case of chemist Kolhe (54). On June 21, when Kolhe was returning home after closing his shop at 10 o’clock in the night, he was stabbed in the throat. He died after this attack.

She was murdered for allegedly sharing a post in a WhatsApp group in support of former BJP spokesperson Nupur Sharma. Earlier, Sharma had been criticized for allegedly making statements on Prophet Mohammad.

The NIA said Ahmed, also known as ‘Shahim’, ‘Shahim Mathe’, ‘Monu’, has been arrested for his “active role in the conspiracy” of the murder. The federal agency had announced a reward of Rs 2 lakh for providing any concrete information worthy of his arrest.

Initially, a case was registered on June 22 at Kotwani police station in Amravati district. Later, on July 2, the NIA registered the case again. The accused in this case were arrested between June 23 and August 11. The NIA said that the investigation in the case is on. (agency)