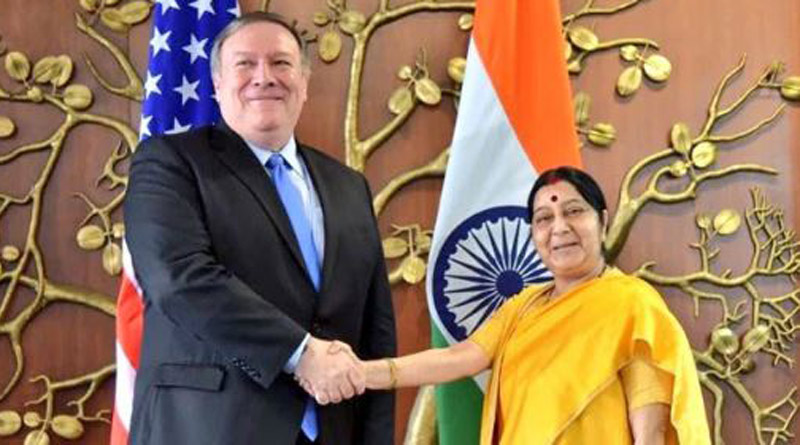 News Daily Digital Desk: When Sushma Swaraj was the External Affairs Minister of India, she did not think she was a ‘serious politician’. Rather, he gave immense importance to the current Foreign Minister Jaishankar. Such is the claim of former US Secretary of State Mike Pompeo.

His book ‘Never Give An Inch: Fighting for the America I Love’ was recently published. There he was seen making such a claim. What exactly did he write? Pompeo wrote about Sushma Swaraj, ‘In the case of India, my real ‘counterpart’ did not appear to be an important player in India’s foreign policy. Rather, I used to think that India’s National Security Advisor Ajit Doval was much closer and trusted to the Prime Minister.’

After that, he said about S Jaishankar, ‘My second Indian ‘counter part’ is S Jaishankar. In May 2019 we welcomed ‘J’ as India’s new External Affairs Minister. I like him very much. He can speak seven languages, English being one of them. And he is better than me.’ It does not end here. He has floated Jaishankar in more detail. India’s foreign minister was also described as ‘professional, rational and a strong defender of his ‘boss’ (ie PM Modi) and the country’. Pompeo said that he was impressed by Jaishankar from the first meeting.

Naturally, Jaishankar is uncomfortable with such comments. The External Affairs Minister has protested the way Pompeo has ‘disrespected’ Sushma Swaraj despite his admiration for her. It should be noted that the BJP-led NDA government came to power in May 2019. Sushma passed away in August that year. From 2014 to 2019, he was the foreign minister in the first phase of the NDA government. He was the first foreign minister after Jawaharlal Nehru to complete a 5-year term.