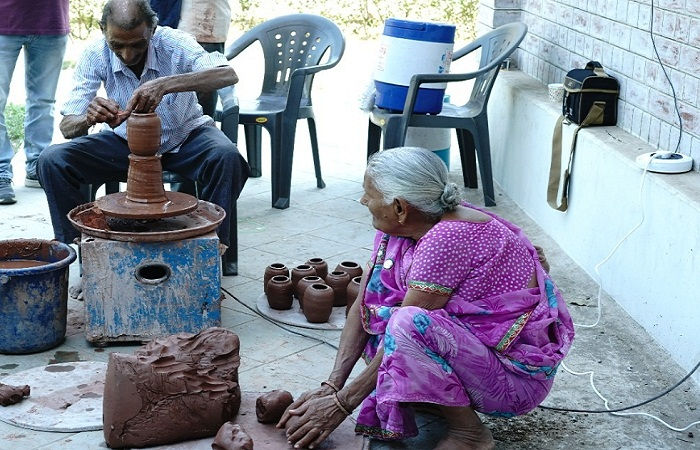 Vadodara: Thousands of years old tradition of offering clay horses to the gods is still alive in the Rathwa caste spread from the tribal areas of central Gujarat to Madhya Pradesh and according to tradition these clay horses are prepared only by Varia potters. Varia potters still prepare various clay products including clay horses using ancient methods without using technology. Indira Gandhi National Center for Arts has organized a special workshop by inviting 15 artisans of Varia Kumbar at Raja Ravi Verma Studio in Vadodara which has started today.

Avni Varia, Art Curator, IIT Gandhinagar says, “Thus Prajapati (Potter) society is found all over India. But Varia potters are distinguished by their distinctive designs and working methods. Varia potters are mostly based in Vadodara, Godhra, Dahod, Chotaudepur and Jabuwa areas. These are artisans who have not been recognized yet. At present only about 300 to 400 families are involved in traditional clay work.’ 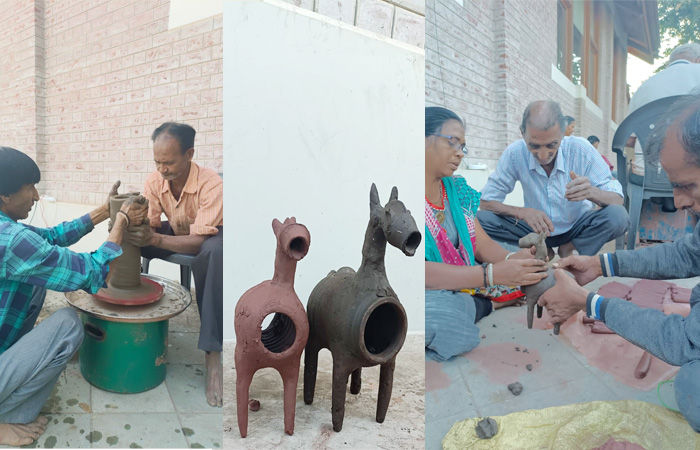 Avni further says that ’15 Varia artisans have been called at the Raja Ravi Verma studio in Laxmivilas Palace compound in Vadodara. In which there are both women and men. It has happened for the first time that they will go out of their village and stay in a city like Vadodara to work the soil for about 15 days. In Rathwa Jnati, the deity is mounted on a Jatar horse to fulfill the manta. Here in the workshop, Varia artisans will prepare 101 Jatar horses. Horses will be ready from clay in four days. After which it will be left to dry, then an oven will be prepared in which the clay horses will be baked. After which 101 Jatar horses will be placed under a tree outside the Ravi Verma studio in the manner in which the Rathwa tribes place them to appease their deities. However, on December 10, for one day from 3 pm to 10 pm, people can come here and see the artisans working. ‘

Case in point: A family got their daughter married in a crematorium, the reason being IG News

Big Trouble In 10 Sectors | Beware, jobs in these 10 sectors are in big trouble, know the whole matter IG News

Man seeks repayment of loan, another pushes him in kadai IG News

An Indian was killed in the Turkey earthquake..! IG News

Case in point: A family got their daughter married in a crematorium, the reason being IG News

Joe Biden State of the Union: How his address unfolded IG News