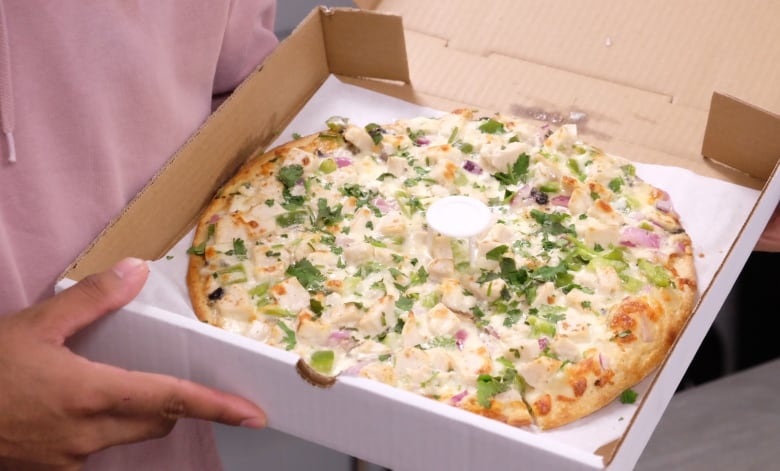 For baker Henry de Jong, one glaring indication that we are not yet out of the pandemic is a lack of lard.

The co-owner of two Waterloo locations of Sweet and Savoury Pie Company has had trouble sourcing the porcine product — instrumental to making delicious pies — and when he does find it, the price has skyrocketed.

“It’s been extremely difficult to navigate the last couple of years. Lord and shortening last year doubled in price without notice overnight,” de Jong said. “And when something runs out, it feels like weeks before it is restocked.”

A 20-kg box he paid $40 for is now $85. De Jong adds that flour and sugar — mainstays for a bakery — have increased 50 per cent in the last year. That means purchased goods will cost more for consumers, although he’s held off doing that until recently.

With August now here, fall is looming; and the issue with supply shortages — both food and non-food — hasn’t receded according to area chefs, restaurateurs and food operators who obtain goods from different sources than you and I when we visit a grocery store.

Josh Perovic at the Hemlock Burger Barn was stumped when looking for thick-cut bacon — and in a region rich in pork production.

“The price has jumped, when you can find it. We’re thinking about buying a larger slicer and making our own bacon in-house,” Perovic said.

What’s been missing is sometimes surprising: Cornstarch, for instance.

“It’s been so difficult to find. We’ll buy some and it will be four to six weeks before we can find it again. And then the price has gone up,” de Jong said.

Even a commonplace and humble cellophane-wrapped side you dip into your soup at lunch has been scarce, according to Fat Sparrow’s Nick Benninger.

“It took me three months just to source saltine crackers,” he said.

Wobbly for a while

“It’s going to be a theme going into the fall and winter. I think we’re going to hear of shortages of different things depending on how demand works,” Charlebois said.

He says another humble condiment — mustard — could also be in short supply in the near future, even though Canada is the world’s largest grower of mustard seed. (We ship our mustard seed elsewhere to be made into mustard and then buy it back at a value-added price, which is another economics matter entirely).

“It was an awful mustard harvest last year, but you don’t hear about shortages until later the next year. People don’t buy mustard every day. It’s maybe every six months,” Charlebois said.

“Now for foodservice, of course, it’s much more critical, although they can make substitutions [on their menus],

While wheat shortages from earlier in the Russian war on Ukraine are slowly getting smoothed out, Charlebois anticipates we can expect shortages of chickpeas — big trouble for hummus lovers — and cocoa, which would be disappointing if you love chocolate at Halloween and Christmas.

I checked in with Arabesque Family restaurant in Kitchener, and while their hummus production is currently strong for their Middle Eastern menu, they did have some recent trouble sourcing tahini.

Retail and commercial suppliers tell similar tales of short stock. At Flanagan Foodservice, president and CEO Dan Lafrance says the list of what they have consistently in stock is shorter than the list of what’s regularly out of stock.

“It’s something new every day,” Lafrance said. “Whether it’s coming from the Asia region or local and in just about every category.”

Label shortages prevent Flanagan from getting bottles of juice to their foodservice customers; spices and breads are often in short supply. Pizza boxes can be delayed by three to six months. And when they arrive, the prices have gone up.

The economics of low stock colliding with high demand has made the supply-side erratic and has contributed to higher prices: Lafrance says the food and beverage industry has bounced back more quickly and robustly than anyone anticipated and with it, demand.

Anything steel and plastic is difficult to source — and anything that you might expect to see on the table at your favorite restaurant is in short supply, says Todd Doherty, marketing manager at stop Restaurant Supply.

“It’s the entire tabletop right now,” Doherty says. “Glassware, flatware, china, wine glasses. We might get them one month, but then the next month, nothing.”

Is this a new reality? Is it no longer the case that we have a world of food at our fingertips, or only intermittently at best, from harissa paste to chickpeas from Russia?

Charlebois seems to think the just-in-time logistics and struggling supply lines will eventually settle in the long run, but it might end up that changes in the industry when it comes to sourcing supplies could be here for a more significant duration, he says . And that will include higher prices at virtually all restaurants.

“It used to be that more options were better. Restaurants had plentiful menus, but I think we’re going to start seeing the reverse,” says Charlebois.

“We’re going to see them revisit their menus and focus on items they can move and sell. That means less, and less is probably going to be better for their business in the future.”

The deal to buy the church of a group affiliated...

WHO recommends use of two antibody drugs against Ebola IG News

Dolo gave 1,000 crore gifts to increase sales! The judge of the Supreme...

Assam News | Which schools will be merged in Kamrup Metropolis, Zilat, which...