What the country needs most is rule of law: Imran Khan IG News 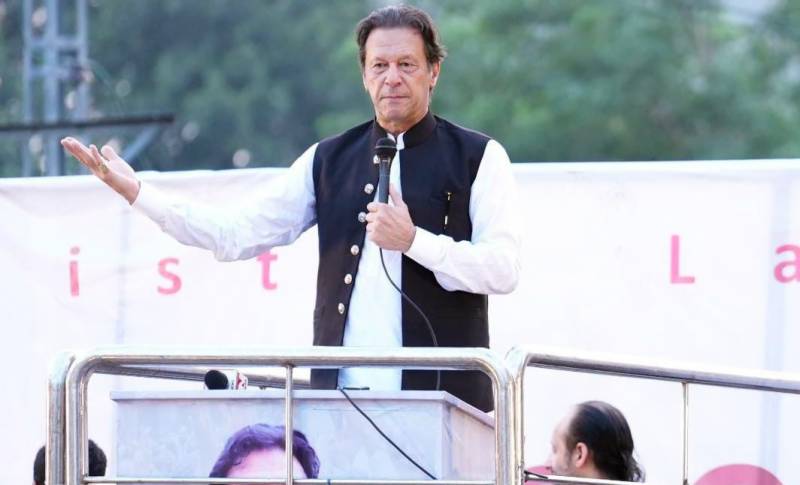 Lahore: Chairman of Pakistan Tehreek-e-Insaf (PTI) and former Prime Minister Imran Khan has said that he has not seen anyone in the world threatening you from an unknown phone number, if anyone threatens you from an unknown number, threaten him back. What is needed most is the rule of law.

According to the details, Imran Khan while addressing the lawyers’ convention in the provincial capital Lahore said that in the current situation, lawyers have a great responsibility, they must stand up because if there is no supremacy of law, then there is corruption in the country and at this time the country is What is needed most is the supremacy of law.

The former prime minister said that if the justice system in the country is not right, then the economy will not move on the right path and unless there is rule of law in the country, investments will not come, we will take Pakistan out of the mire of inflation.

Chairman PTI said that the World Bank and the International Monitoring Fund (IMF) say that Pakistan is on the way to becoming Sri Lanka. We will get out of this swamp of inflation.

The former prime minister said that whoever threatens you from an unknown number, threaten him back, threaten him that freedom of expression is my constitutional right, I have not seen anyone in the world threatening you from an unknown phone number, Shahbaz. The violence that happened to Gill, no one in other countries has the courage to do such violence, it is a system of cruelty, it is the law of the jungle that the powerful can do whatever they want.

He further said that if foreign countries invest 500,000 Pakistanis, there would be no need to ask for a loan. The son became the chief minister.

He inquired that what message are we giving to our youth that stealing is not a bad thing? Are they giving the message that no one will catch you if you steal big, the Prime Minister asks for money wherever he goes? They promise that they will not steal.